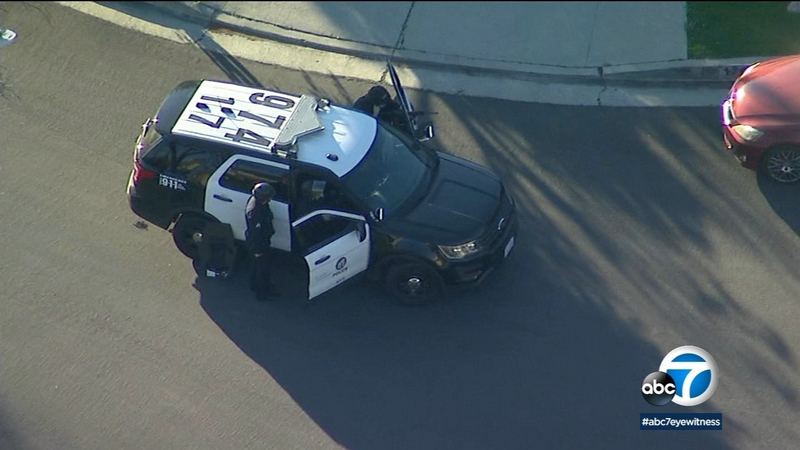 GRANADA HILLS, LOS ANGELES (KABC) -- An armed individual suspected of domestic violence was holed up in a Granada Hills home Tuesday morning, prompting a standoff with officers and a shelter-in-place order at a nearby school, authorities said.

The barricade situation began shortly after 5 a.m. at a residence near the intersection of Andasol Avenue and San Jose Street, according to the Los Angeles Police Department.

Henry MS Update: School will resume normal operations for the day with limited outdoor activity. Street closures on the perimeter of the school remain in effect until further notice. #LASPD officers will remain on campus to ensure the safety of our students & staff.

The School Police Department announced shortly before 8:30 a.m. that the campus would resume "normal operations for the day with limited outdoor activity."