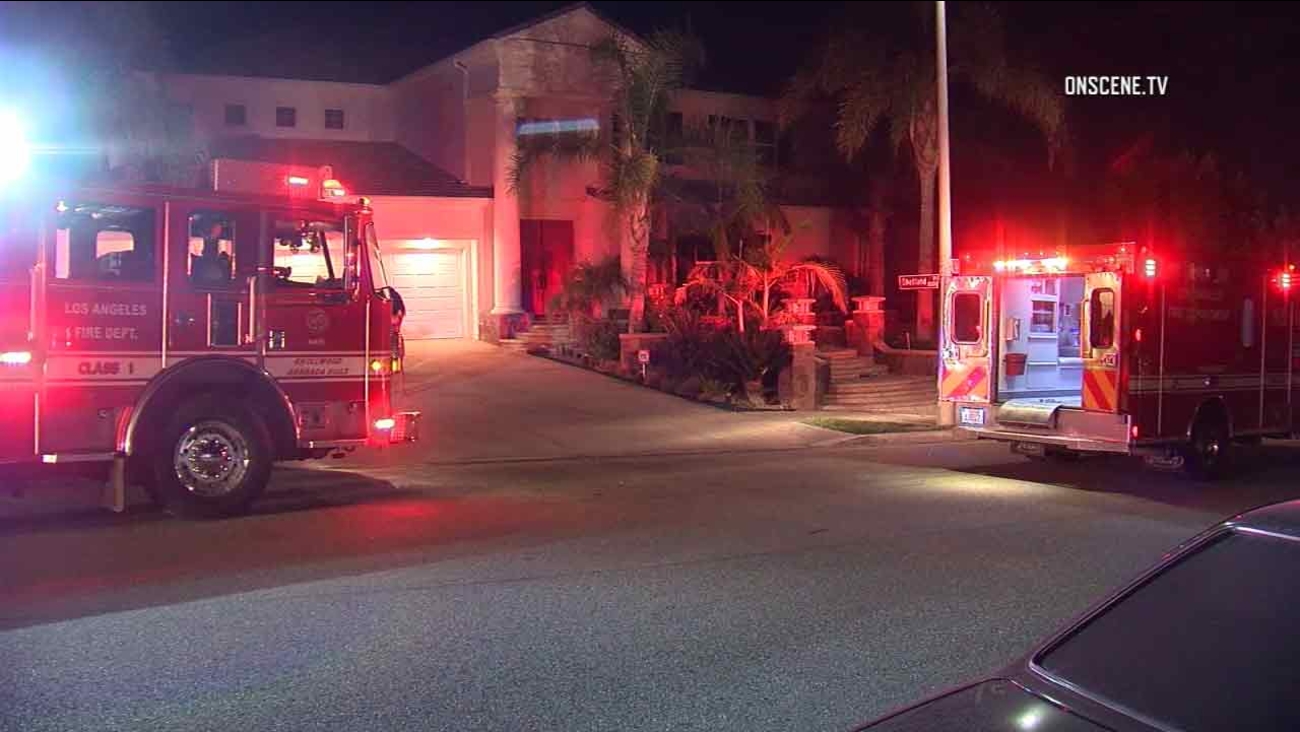 Fire trucks parked at a multimillion-dollar residential neighborhood in Granada Hills where a shooting took place on Friday, Aug. 20, 2016.

GRANADA HILLS, LOS ANGELES (KABC) -- A man was shot to death at a party being held at a multimillion-dollar home in Granada Hills late Saturday evening, according to Los Angeles police.

Authorities said the shooting happened in the 12400 block of Longacre Avenue at about 9 p.m.

When officers arrived at the scene, they said a 30-year-old man was found in the backyard of the home suffering from a gunshot wound.

The man was rushed to the hosptial where he later died, officials said. Two other victims were shot and drove themselves to the hospital where they were listed in stable condition, authorities stated.

Investigators said the party was advertised on social media and those attending paid an entrance fee. More than 100 people were at the party, according to officials.

The gunman ran off from the party after the shooting, police said, but a description of the suspect was not released.

Police urged anyone with information that could aid detectives in their investigation to call Det. Dave Peteque with the Los Angeles Police Department at (818) 374-1934.