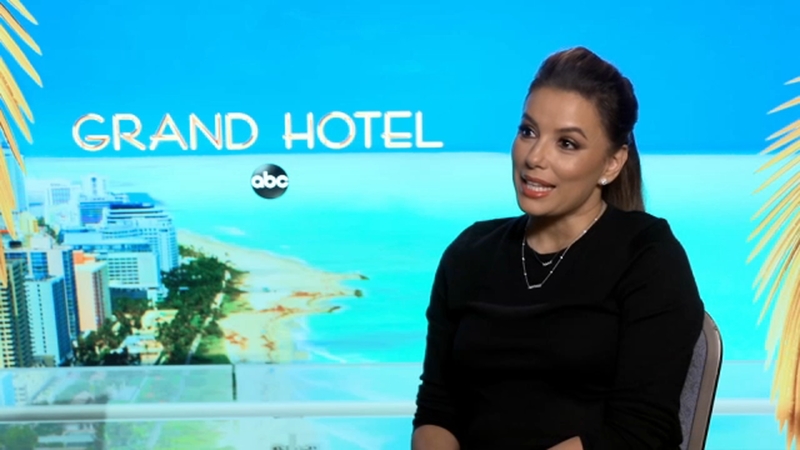 PASADENA (KABC) -- The new ABC series "Grand Hotel" is based on successful Spanish and Mexican television shows, each set in the 1900s. This new version is set in the present and centers on the last family-owned hotel in Miami Beach.

Executive Producer Eva Longoria says with a large ensemble cast, everyone will find a character they want to watch.

Demian Bichir stars as the charismatic patriarch who owns the "Grand Hotel," and Roselyn Sanchez is his glamorous second wife.

"The main thing about 'Grand Hotel' is about this dysfunction of family that, you know, they're there for each other and they love each other but they're so different," said Sanchez. "And what they're aiming for life is... it's all these different directions."

"It's mysterious, it's sexy. It's adventurous and it's a really powerful drama," said Bichir. "Everything that happens in life, happens here."

Longoria's plate is full with this new series. Along with executive producing, she also directed one of the episodes. And if that wasn't enough, she plays a supporting role.

"We created and the show and I'm like, 'We gotta get Roselyn, we gotta Damien' and then I was like, hey, wait. There's not a role for me. Why am I doing this? What's the point?" said Longoria.

The "point" she's so passionate about is representation for the Latino community.