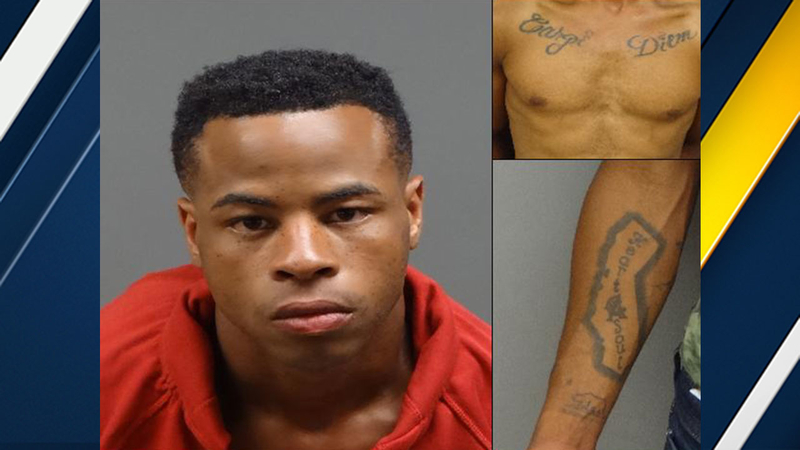 POMONA, Calif. (KABC) -- A search continued Thursday for a man accused of brutally attacking an elderly Army veteran at his home in Pomona. Authorities say the suspect is one of the victim's grandsons, and the grandfather had a restraining order against him.

In an exclusive interview with ABC7, family members expressed concerns over the Pomona Police Department's handling of the matter.

"My grandfather told my mother that he was assured by police that they would notify him of the release of my brother," said Brice Waller, the grandson of 82-year-old Robert McPherson, adding that the notification was never made.

McPherson was found severely beaten Friday at his residence in the 2900 block of Gayridge Street. Investigators say the victim's 25-year-old grandson, Sammeon Christian Waller, is being sought in connection with the attack.

A police department official declined to be interviewed on camera but said there were two restraining orders against Sammeon Waller, one of which was temporary. An investigation is ongoing.

Family members said the sequence of events that led to the attack began in February, when McPherson filed a restraining order against Sammeon Waller. Waller disappeared until June 5, when he was arrested at his grandfather's home for vandalism and violating the terms of the restraining order. According to relatives, they were in the process of relocating the victim when Waller was released and shortly after attacked his grandfather, catching them off guard.

"I feel like they dropped the ball," Brice Waller said. "If they held my brother just for a little while longer - to understand what was going on and the issues that he's had, and not just taken him through the system, in and out of the jails."

Family members said they asked the police about the restraining order and were told it was not valid.

McPherson on Wednesday was no longer in a coma and was showing signs of recovery.

His brother, asked what he'd like to say to the suspect, said: "We love you. It's time - it's time to come home and turn yourself in.