5 Freeway reopens in Grapevine after heavy snow on Thanksgiving 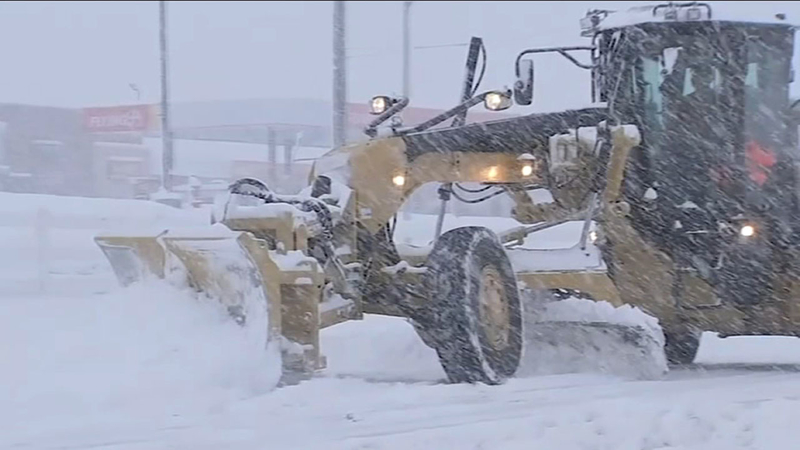 LEBEC, Calif. (KABC) -- The California Highway Patrol is carefully reopening the 5 Freeway through the snow-covered Grapevine after closing it for about two hours Thursday evening.

By around 9:30 p.m., the southbound lanes were reopened. CHP officers are escorting vehicles on the northbound side.

I-5 is now FULLY CLOSED for an unknown duration. NB 5: all lanes closed at Lake Hughes Rd and SB 5 all lanes closed at Grapevine. Below is the suggested alternate route. Current road conditions can be found at https://t.co/cxZ0jVPIRf pic.twitter.com/A6V5rLLwqd

Earlier Thursday, the CHP ordered the shutdown of the freeway in both directions shortly before 4:40 a.m. Caltrans crews assisted vehicles that were already on the pass to the other side and then cleared the roadway.
About 1:30 p.m., officials announced that units from the CHP's Fort Tejon station were escorting southbound drivers. Escorts on the northbound side began before 3 p.m.

Motorists were urged to use the 101 Freeway as an alternative. The Highway Patrol also suggested a detour comprised of the 14 Freeway and the 58 Freeway through the Mojave Desert, but snowy conditions prompted the closure of the 58 shortly before 10 a.m.

That first closure lasted for about two hours, with the CHP announcing the reopening of the 58 just after 12 p.m. Highway Patrol units were also escorting vehicles on that freeway. 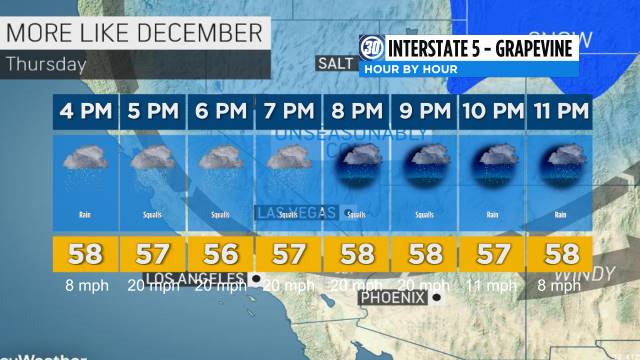