In new thriller 'Greenland', Gerard Butler and family face the end of the world thanks to a planet-ending comet

Chaos rules as a deadly comet is heading toward earth in the new action-drama, "Greenland." Gerard Butler is in the middle of the action to help save the world.
OTRC
By George Pennacchio 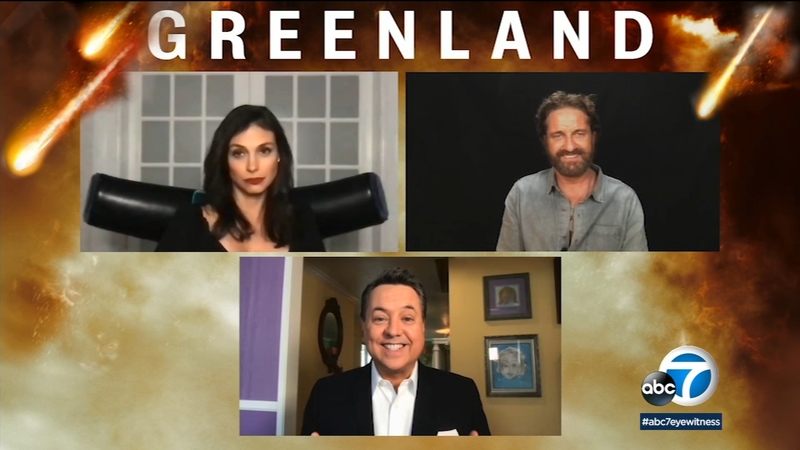 HOLLYWOOD -- A deadly comet is heading toward earth in the new action-drama, "Greenland." There's catastrophic chaos here. And right in the middle of it all: Gerard Butler. He plays a guy selected by the U.S. government for survival. His goal is to get his estranged wife, played by Morena Baccarin, and his son to safety with him.

Both actors say they are attracted to scripts that involve danger, and action.

"In real life, we're both terrified of danger, you know, so we just play it out in movies!" said Butler. "I got pretty beaten up in the fight just because it took forever to do and it was so desperate and, like, so I did my neck in for a couple of months."

"The journey of the film is one of ultimate hope and survival but you have to earn that and you have to really, each of our characters really goes through the ringer to get there," said Baccarin.