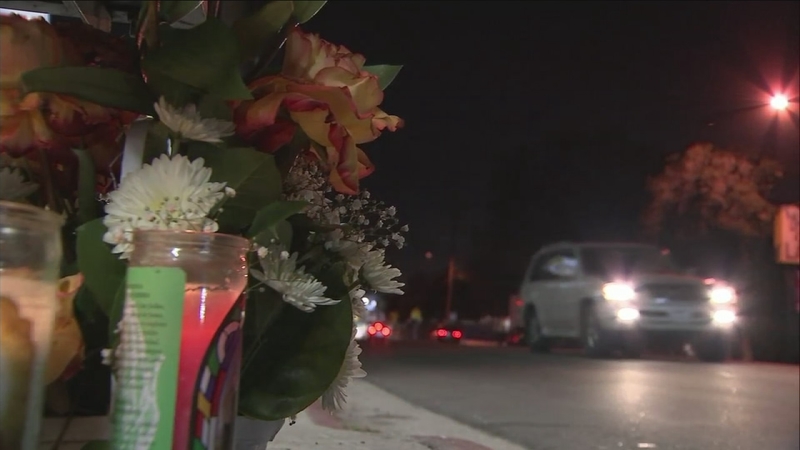 HIGHLAND PARK, LOS ANGELES (KABC) -- A series of deadly pedestrian crashes has left heartbroken families across Los Angeles wondering what can be done to make streets and intersections safer.

A devastated daughter-in-law struggled to comprehend the senseless death of Manuel Alonzo. The 60-year-old was out doing what he loved - walking in his neighborhood. But the grandfather of four was run down as he crossed Figueroa Street in Highland Park.

"He was just walking across the street," Anita Velasco said. "It was just a part of his personality. He just liked being out and about. So it was just part of his daily routine that he used to do."

A GoFundMe page has been created for Alonzo's family. To donate, visit www.gofundme.com/funeral-expenses-for-manuel-alonzo.

Alonzo is one of four pedestrians killed this past weekend while out on the streets of L.A.

In Boyle Heights, a memorial of teddy bears and balloons continues to grow at the spot where 11-year-old Elektra Yepez was struck and killed.

The young girl and her family were at a popular taco stand when police said a suspect crashed into a car, which went flying into the crowd.

In South L.A., investigators said a hit-and-run driver mowed down Alex Perez Saturday night as he was crossing the street at Vermont Avenue and 43rd Street. The father of three was celebrating his daughter's first birthday and baptism.

"He was trying to give my sister the best party. He wanted to give us the best he could," his son Derek said during a vigil Sunday night.

Back in Highland Park, a memorial of flowers and candles marked the spot where Alonzo lost his life.

"Hopefully, they do something and change something because I've heard a lot of comments that nobody's surprised that it's happening anymore," Velasco said.