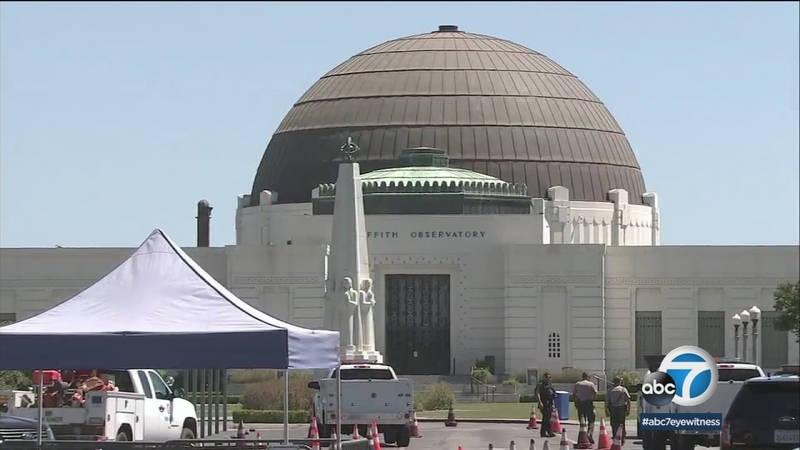 Officers responded to the scene in Griffith Park shortly before 1 p.m. following a request from a park ranger, according to a Los Angeles Police Department spokesperson.

Authorities said an employee noticed the package on the east side of the building outside. Visitors and hikers on nearby trails were then told to evacuate.

"They just said we couldn't go up the mountain. They didn't really say why," one visitor said.

The package was then deemed harmless and authorities broke down the perimeter shortly before 4 p.m.