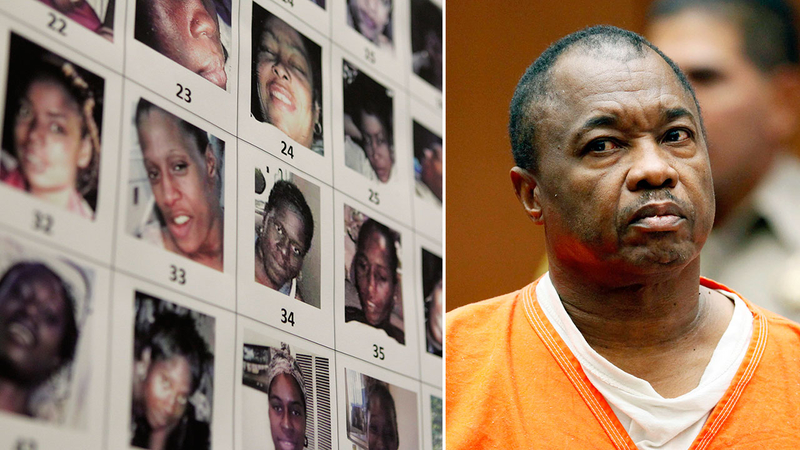 DOWNTOWN LOS ANGELES (KABC) -- Convicted serial killer Lonnie Franklin Jr., known as the "Grim Sleeper," has been sentenced to death in the slayings of 10 women over two decades in South Los Angeles.

The jury in Franklin's case handed down the final judgement after the more than three-month trial concluded with three hours of deliberation. Justice for the families rang in the announcement of the recommendation for death on each of the 10 counts of first-degree murder Franklin was convicted of.

Prosecutors said Franklin, 63 stalked and killed nine women and a 15-year-old-girl in South L.A. during the crack epidemic.

Authorities stated some of the former mechanic and sanitation worker's victims were prostitutes and most had traces of cocaine in their systems.

All the victims were either shot or strangled, and their bodies found dumped in alleyways, bushes, and dumpsters or hidden under mattresses.

The defense, in an attempt to spare Franklin's life, questioned a "mystery gun," a 25 mm used to fatally shoot eight of the victims that was never found.

Franklin's defense team also warned about the grief of the victims' families that would be revisited every time an appeal of his case would come up.

Prosecutors argued that Franklin was connected to all 11 victims through ballistics or DNA evidence.

"Heal society," Seymour Amster shouted outside the courtroom following the decision. "Make this a better society for all of us. But those who want to concentrate on the death penalty do not want to do things to make sure that individuals have a better life."

But prosecutors said Franklin deserved the death penalty for the destruction he brought to so many families.

"We did what we could do to bring this chapter to a close in the best way we could," Los Angeles County Prosecutor Beth Silverman said.

Authorities stated their case was not over, as the Los Angeles Police Department said it's going over photos of women found inside Franklin's home, about 34, and attempting to identify them.