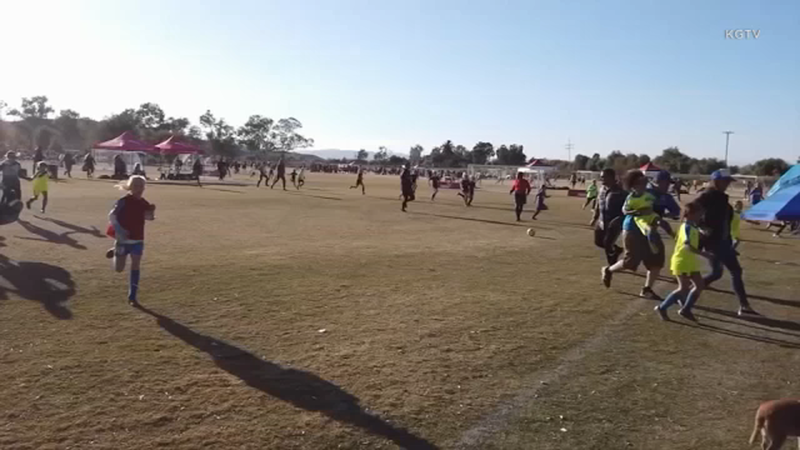 TEMECULA, Calif. (KABC) -- Panic ensued at a youth soccer tournament in Temecula after people believed there was an active shooter situation.

In the chaos, a man with a camouflage duffle bag caused hysteria.

Someone is heard saying, "Don't do it."

Immediately after, a stampede erupted as dozens of parents and children ran from what they thought could turn into a shooting.

"There's a tidal wave coming, you had to get out of the way. Like you didn't know, all you heard was, 'gun,'" parent Erik Saur said. "You could heard me say is there a shooting, and you don't process at the time that you didn't hear gunfire - there was no shooting. You don't process that, you're just thinking, oh my God, I gotta get my kid, I gotta get outta here."

Deputies detained the man with the bag, who investigators said did not have a weapon.

A boy, who was from the Albion team in Chula Vista, was injured during the scramble but is expected to be OK.