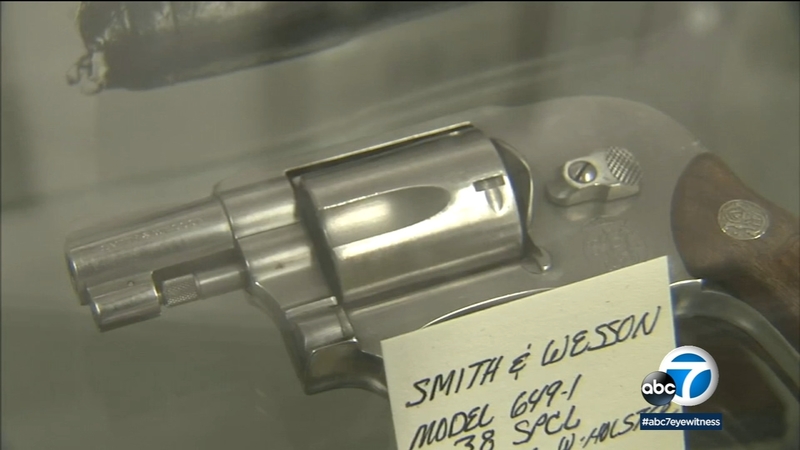 CARSON, Calif. (KABC) -- A near outright gun ban is what Mayor Albert Robles wants for the City of Carson.

On Tuesday, he's presenting a resolution for a radical plan to limit gun sales and gun possession.

"Technically, legally, (you) can't ban gun dealers in the city, but we can regulate where they cannot be and we're saying, we don't want them in Carson," Robles said.

Gun sales and gun possession would not be allowed within a one-mile radius of a school, park, church, or day care, making it impossible for anyone to be in the city limits with a gun.

The only exception is having a gun inside your home.

"If the true purpose of owning your gun is to protect your home and your family, then that is where your gun belongs, is in your home," Robles said.

Even with that exception, Loyola Law Professor Jessica Levinson says it's not likely to hold up in court.

"This strikes me as a resolution that is just too broad," she said. "Even if you want to use land use, you still have to contend with the fact that the Second Amendment is an individual right. The right to bear arms is something that the Supreme Court has said every individual has."

If the city council passes the resolution, and it's deemed constitutional, the eight stores currently in the city limits would have to leave with reasonable notice.

Robles says his motive behind the resolution is mass shootings.

"To propose something like this, after a mass killing, is too late," Robles said. "And, I don't want it to weigh on my conscience that we could have done something sooner, rather than after the fact."
Report a correction or typo
Related topics:
societycarsonlos angeles countygun safetygun controlgun lawspoliticsguns
Copyright © 2022 KABC Television, LLC. All rights reserved.
TOP STORIES
LA County could hit 'high' COVID level in July, prompt return of masks
Here's what to know about the end of CA's eviction moratorium
California late start law aims to make school less of a yawn
Woman searching for brother reported missing in Redondo Beach
Lawyer: Nipsey Hussle lifted up neighborhood he was gunned down in
Apple's newest CarPlay feature will make buying gas easier
How to save money when buying a new car in an inflated market
Show More
Orange County confirms 1st presumptive case of monkeypox
OC woman attacked and sexually battered inside Irvine storage facility
Silver Lake restaurant offers free food in exchange for Sriracha
USC, UCLA moving from Pac-12 to Big Ten in 2024
Slain El Monte officers: Honoring 2 loving fathers and valiant heroes
More TOP STORIES News