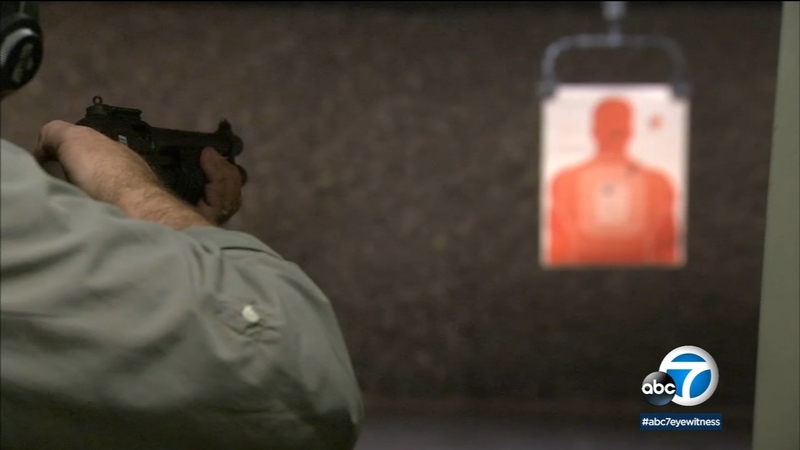 LOS ANGELES (KABC) -- As in most presidential election years, gun sales across the country are taking off. But coupled this year with the pandemic and police protests, those sales are skyrocketing.

"It's just been a very scary time for a lot of Americans," said Chris Cheng, a gun rights advocate and a past champion of "Top Shot," a marksmanship competition show on The History Channel.

Cheng says a recent survey found as many as 5 million Americans have become new gun owners since the beginning of the year.

"Hearing 'Defund the police' I think has been a key contributor to the rise in gun sales," Cheng told Eyewitness News.

According to the FBI, the number of background checks in California jumped 9% from September to October, and is up 57% from just a year ago.

Gun shops in the Los Angeles area attributed a rise in sales first to the coronavirus and now to recent looting and protests.

All those firearms means an increased demand for ammunition.

"We are up considerably," said Daniel Kash who owns LAX Firing Range and Ammunition in Inglewood. "I mean hundreds and hundreds of percentage points. Yeah, we're up big."

Thursday afternoon, Kash's store had a line stretching into the parking lot.

At times, Kash says, the line has stretched around the block. He too attributes the sales run-ups to the protests, the pandemic and the presidential election, and says it adds up to better sales than the days surrounding President Barack Obama's inauguration.