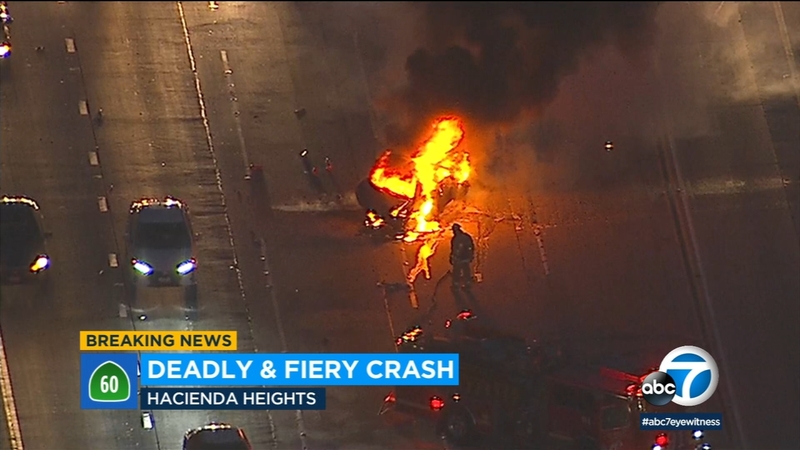 HACIENDA HEIGHTS, Calif. (KABC) -- One person was killed Thursday morning after a multi-vehicle crash on the eastbound 60 Freeway in Hacienda Heights in which a vehicle caught fire, the California Highway Patrol said.

The crash was reported around 5:30 a.m. near Hacienda Boulevard, according to authorities.

AIR7 HD was over the scene as the vehicle caught fire, sending a thick plume of smoke into the sky while drivers attempted to maneuver around the incident.

Information on the deceased person's identity was not immediately available.

Details of what led up to the crash have not yet been released. Investigators were reportedly working to determine whether street racing was involved.