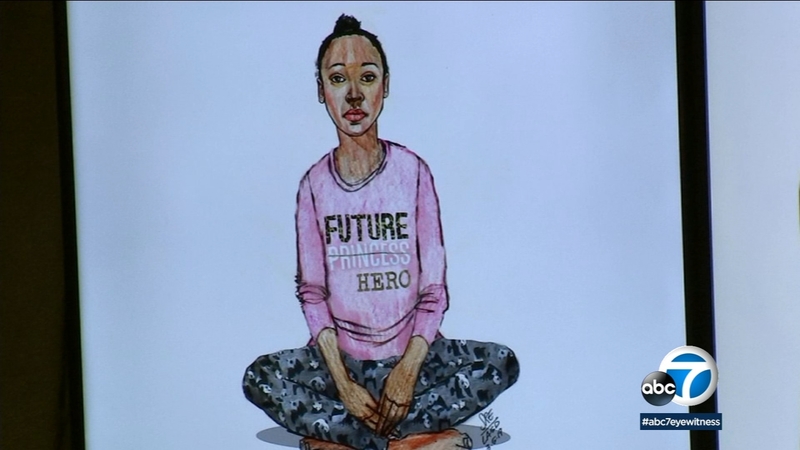 HACIENDA HEIGHTS, Calif. (KABC) -- Authorities are seeking the public's help in identifying a girl whose body was found Tuesday on a hiking trail in Hacienda Heights.

A sketch of the girl was released at an afternoon press conference on Wednesday. Authorities with the Los Angeles County Sheriff's Department said the girl's body was found partially inside a duffel bag. Pictures of the clothes the girl was wearing were released during the press conference.

Detectives described the child, who was originally believed to be 7 to 10 years old, as between the ages of 8 to 13 years old, 4 feet 5 inches tall and weighing 55 pounds. An autopsy on the body will be performed.
The body is believed to have been dumped on Sunday.

"These are the hardest cases to handle. Anything involving a child. This is very sad," Lt. Scott Hoglund said.

The victim's cause of death remains undetermined, although Lt. Scott Hoglund said there were no "obvious signs of trauma" to indicate a homicide. It is being treated as a suspicious death investigation.

No suspect information was released.

Authorities are investigating the death of a child around 7-10 years old whose body was dumped on a hiking trail in Hacienda Heights.

The body was found in the morning on a hiking trail south of Hacienda Boulevard and Glenmark Drive on Tuesday. It appeared the body had been pushed off the edge of the roadway down an embankment onto an equestrian trail within 24 hours of the discovery by workers who were clearing brush in the area.

Officials said the victim was pronounced dead at the scene. Authorities believe the child may have been killed prior to their body being dumped in the area.

Authorities will also be looking through a missing child database to try and identify her.

Anyone who saw a vehicle parked alongside Hacienda Boulevard on Sunday or has information related to the case is asked to contact the Los Angeles County Sheriff's Homicide Bureau.