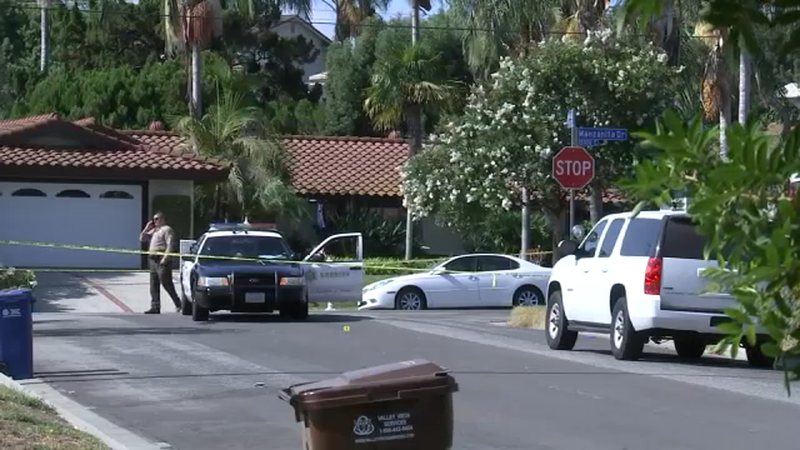 HACIENDA HEIGHTS, Calif. (KABC) -- Authorities were investigating two shootings within a block of each other in Hacienda Heights that left at least one person dead and two injured early Monday morning.

Investigators say a house party turned deadly after the shootings at about 1:33 a.m. in the 1700 block of Vallecito Drive. One woman was found wounded while another woman and a 33-year-old man were found just down the street, according to the Los Angeles County Sheriff's Department. The man died at the scene and the two women were transported to a hospital.

The homeowners were not present, and authorities believe the home may have been rented out through Airbnb at the time of the incident.

The sheriff's department received noise complaints from the neighbors before the shooting, authorities say. About an hour after deputies responded to the home for the noise complaints, two to three intruders arrived in a car.

Neighbors reported hearing gunfire shortly after. One man who was walking his dog said the gun shots sounded like an AK-47.

"The first rattle of shots was about 20, 25. It was unbelievable, it scared the hell outta me, echoing down the street," resident Philip Trujillo said. "I'm grabbing my dog, I'm shaking, I'm running into the garage to close the garage."

The victims have not been identified by authorities.

No arrests have been made and it's unclear what led to the shooting. It is unclear if the shooting was gang related, and no gun has been recovered.

As many as three men were seen speeding away in a dark sedan.

Investigators believe the shooting was not related to another shooting over the weekend.