Disney's Freeform claps back against critics of 'Little Mermaid' casting 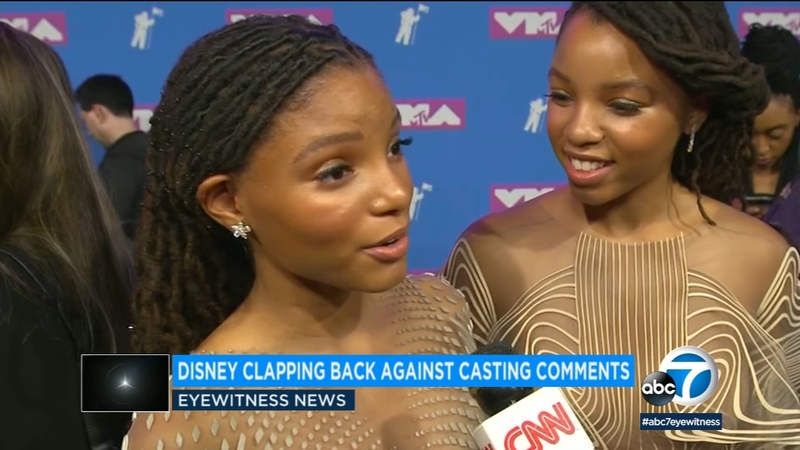 BURBANK, Calif. (KABC) -- A Disney-owned cable television channel is responding to critics who are upset that a black woman was cast as Ariel in the upcoming live-action adaptation of "The Little Mermaid."

Last week, Disney announced that Halle Bailey, half of the R&B sister duo Chloe x Halle, was chosen for the lead role and many are standing by that decision.

Bailey also stars in the series "Grown-ish" which airs on Disney's Freeform, and that's who issued a scathing response to critics who prompted the hashtag #NotMyAriel on social media after the casting announcement.

In an open letter on Instagram to the "Poor, Unfortunate Souls," Freeform called the 19-year-old "highly-talented" and that the film, and ultimately, the character of Ariel is a "work of fiction."

The new movie is expected to incorporate songs from the 1989 animated hit, as well as new music from the original composer for the film. And, of course, "Hamilton" creator Lin-Manuel Miranda.

Some of the tunes include "Under the Sea," ''Part of Your World" and "Kiss the Girl."