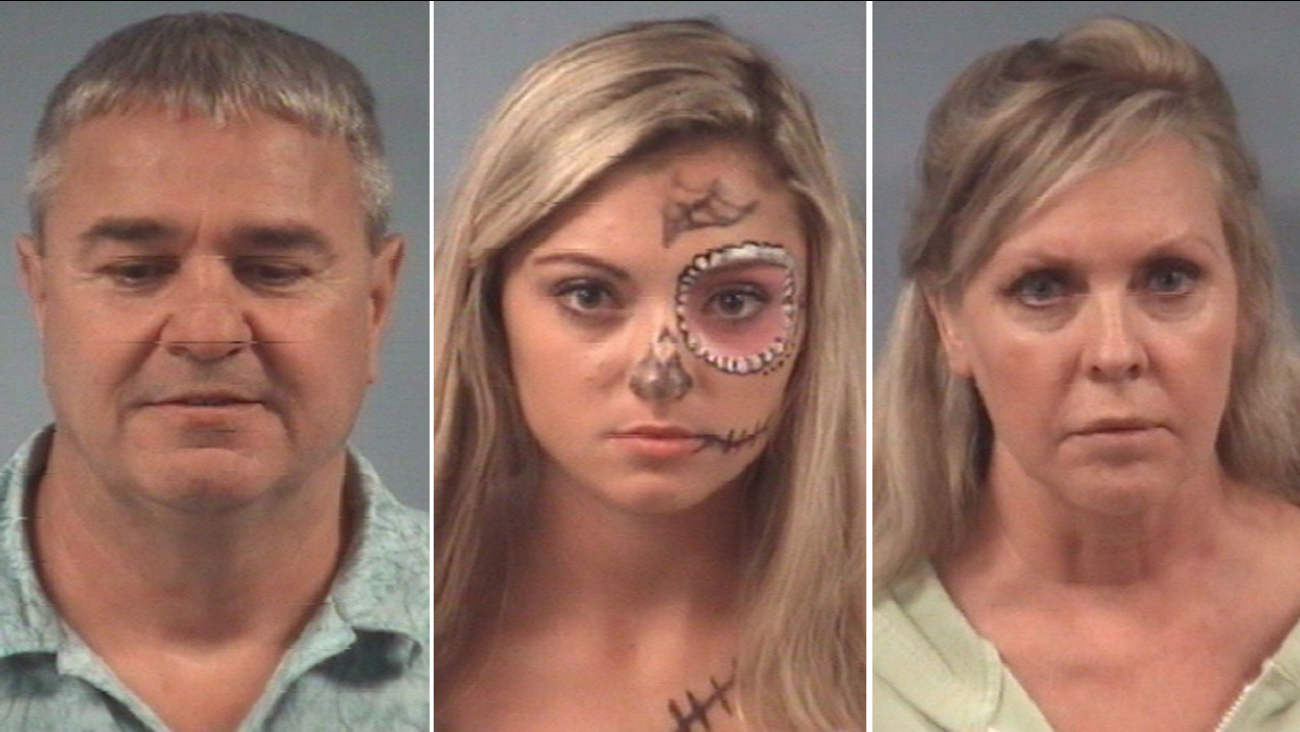 FRIENDSWOOD, TX -- A Saturday night Halloween party in Texas ended with 11 arrests after a group of teens tried to get away from police by jumping into a flooded creek.

Friendswood police made the arrests at a party at a home in the 700 block of N. Clear Creek Drive Saturday night after they received noise complaints from neighbors. At about 10 p.m., a caller told police that there were many young people attending the party, vehicles were blocking the roadway and they believed alcohol was present at the party.

When an officer arrived, he contacted several teens who were picking up friends from the party or who were leaving the party. Police contacted the homeowners, who claimed there was no underage drinking going on, and they agreed to shut down the party because of the complaints.

At 11:23pm, police received more calls about the party. Neighbors told police that the music was louder than before and could be heard more than a block away. Another caller reported teens jumping his fence and running through his yard.

When officers arrived the second time, they estimated there were approximately 100 partygoers on the property, including the front yard, the back yard, the garage and the second floor porch. Teens, clearly underage, were walking around carrying beer bottles, according to police. A police unit pulled up in front of the house, and approximately 20 teens took off running toward the creek and the nearby woods.

Piper Ellis, 18, of Friendswood, was charged with evading arrest and resisting arrest. She ran from police, was caught and struggled with the arresting officer, who sustained a minor injury during the arrest.

Police say one 18-year old who couldn't stand up without help was taken into custody but became seriously ill and unresponsive in the back of the police unit. Officers removed him from the police unit and called for medical assistance. He was transported to the hospital.

As police evaluated the remaining 70 or so partygoers, they identified all those who had been drinking. During that process, a 17-year old girl was taken into custody for minor consuming alcohol and a 17-year old boy was arrested for public intoxication-minor after an officer found him passed out in the middle of the roadway. The rest of the partygoers were released to sober drivers or responsible adults who arrived on scene.

During the investigation, police say they found a baggie of crystal methamphetamine that was dropped on the driveway, and liquor and drug paraphernalia in the garage.
Several teens jumped into the flooded creek in an apparent effort escape from police, but later could not be located by friends, so police were called to help, prompting an immediate search and rescue operation. The fast current, darkness and debris in the waterway made this a dangerous rescue effort and the inclement weather grounded helicopter operations by Houston Police and the U. S. Coast Guard. Watercraft from Friendswood Police, Friendswood Volunteer Fire Department, Kemah Police, Kemah Fire Department, and Nassau Bay were deployed into the swollen creek. League City Police assisted by checking parks that bordered Clear Creek.

At approximately 1 a.m., four of the missing teens who jumped into the creek were found safe. They were taken into custody for evading arrest. Zachary Hayden Plunkett, 17; Justin James Kenney, 17; another minor, 17; and Douglas Adam Smith, 17; all of Friendswood, were charged with evading arrest. Two additional persons were still unaccounted for and rescue operations continued until 3 a.m. One of those unaccounted for was later found at his home. Police say the other person was never identified by name and there have not been any missing person reports filed.
Report a correction or typo
Related topics:
texasarresthalloweenunderage drinkingu.s. & world
Copyright © 2020 KTRK-TV. All Rights Reserved.
More Videos
From CNN Newsource affiliates
TOP STORIES