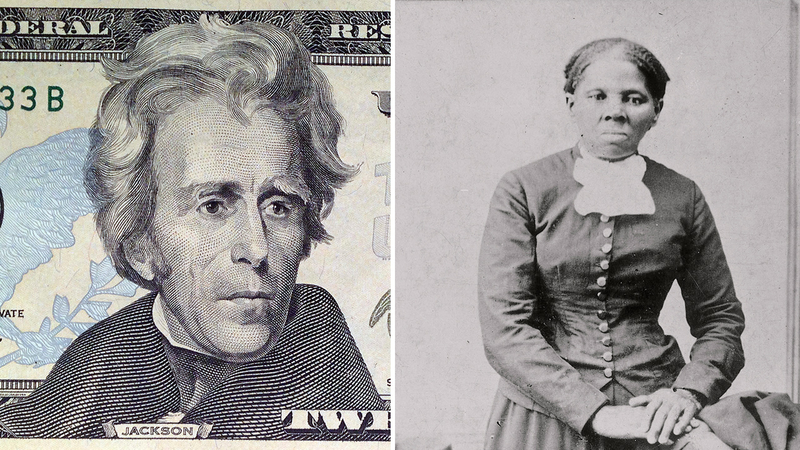 Abolitionist Harriet Tubman will be featured on the new $20 bill, a representative of the U.S. Treasury Department confirmed Wednesday. This is in lieu of the department's original plan to replace Alexander Hamilton on the $10 bill.

The new $10 bill will still feature Alexander Hamilton on its front, but on its reverse will now feature five leaders of the suffragist movement: Lucretia Mott, Sojourner Truth, Susan B. Anthony, Elizabeth Cady Stanton and Alice Paul. On the $5 bill, the front will still feature President Lincoln but the reverse will depict historic events that occurred at the Lincoln Memorial and include opera singer Marian Anderson, Martin Luther King Jr. and Eleanor Roosevelt, according to the U.S. Treasury.

The front of the new $20 will bear the portrait of Harriet Tubman, whose life was dedicated to fighting for liberty. pic.twitter.com/8lAEkoD78p

Last June, it was announced that a woman would replace Hamilton, the first secretary of the treasury, on the $10 bill. The treasury department solicited ideas for which woman that should be by launching #TheNew10 campaign. The plan was to issue the new bills by 2020 in honor of the 100th anniversary of women winning the right to vote. With the new plan, the design will be released by the anniversary.

The discussion about putting women on U.S. currency first gained traction thanks the Women on 20s campaign. That campaign held a poll last May asking people to vote on which woman they would want to see. Tubman received the most votes, followed by Eleanor Roosevelt. That poll received more than half a million votes. Roosevelt was favored in an August Marist poll.

Since the announcement last June, the leaders of the Women on 20s campaign have maintained that a woman should be on the $20 bill.

The change to the plan also follows the popularity of Hamilton, the Broadway musical chronicling the life of the Founding Father, which opened last August. The creator and star of the show, Lin-Manuel Miranda, tweeted in March after visiting the White House that Treasury Secretary Jack Lew thought Miranda would be satisfied with the plan.

I talked to @USTreasury about this on Monday. Sec. Lew told me "you're going to be very happy." #wegetthejobdone https://t.co/ZkLFuSmz8M

As the news of the new plan spread Wednesday, everyone from politicians to celebrities to supporters of the original campaign to fans of the musical reacted on social media.

A woman, a leader, and a freedom fighter. I can't think of a better choice for the $20 bill than Harriet Tubman: https://t.co/YcsZC4ZrKg -H

I cannot think of an American hero more deserving of this honor than Harriet Tubman. https://t.co/GL64NPrOL1

We got a $20 Freedom Mama Without the Drama of messing with the $10 Founding Father Without a Father. #hamilnerd @Lin_Manuel

Seriously. I can't believe it took us this long. #WomenOn20s https://t.co/frDwSTdNPH

Who lives, who dies, who tells your story? The treasury department does and Hamilton is staying on the $10 and #WomenOn20s

The decision to keep Hamilton on the $10 has not been without its critics. ABC News reports that several prominent women signed an open letter Wednesday asking that Lew consider changing the $10 bill in addition to the $20 bill, as a redesign of the $20 may take longer than the original plan.