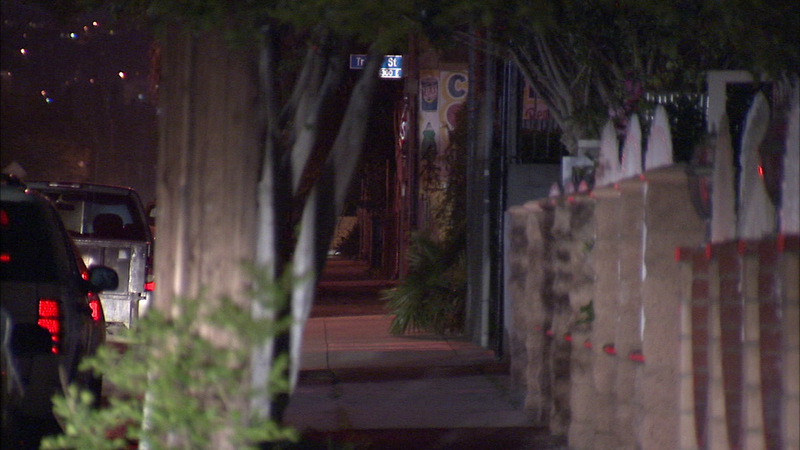 The suspect, without any provocation, walked up to an elderly man and hit him with a hammer, authorities said.

When the victim fell to the ground, the suspect kicked him, according to officials. The suspect ran from the scene heading southbound on Bonnie Beach Place.

A few hours later, deputies said the suspect attacked a woman in front of a home in the 4400 block of Triggs Street.

The sheriff's department said without provocation, the suspect struck the woman in the head with a hammer several times.

The woman immediately fell to the ground and lost consciousness, deputies said.

Both victims were taken to the hospital in serious condition, according to the sheriff's department. As of Friday morning, one of the victims was still hospitalized.

The suspect is described by witnesses as a Hispanic man, 40 to 45 years old, between 5 foot 10 inches and 6 feet tall, about 240 pounds with a heavy build. He was last seen wearing a straw hat, blue windbreaker jacket and black pants.