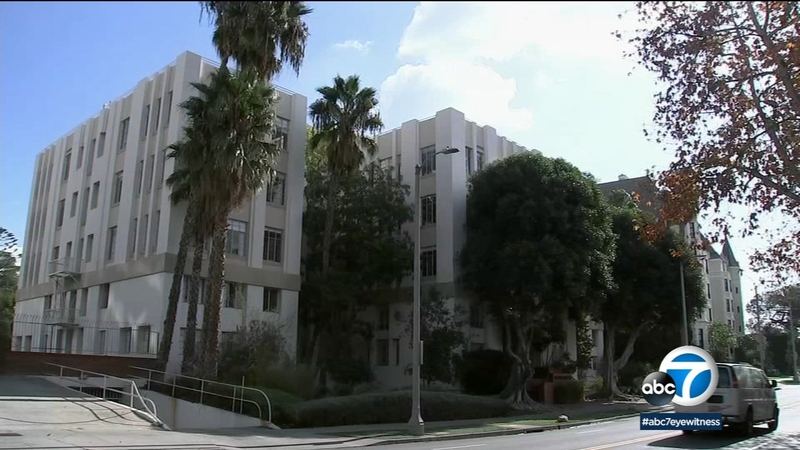 HANCOCK PARK, LOS ANGELES (KABC) -- Tenants in a rent-controlled Hancock Park apartment building say they will battle the prospective buyer to avoid the hardship of eviction.

The prospective buyer says he wants to ease their fears about a future transition.

"We intend to handle it in a way that is exemplary, exemplary, " says designer Richard Loring of Domos Co-Living.

The Rossmore-Beverly was built in 1929. Because it is in escrow, Domos says it has not had detailed discussions with the tenants.

Residents have been paying $1100 to $1800 monthly rent which is under the market rate for their Hancock neighborhood. They say that other units on Rossmore range from $2500 to $3200 per month.

Tenant Ann Roberts is among 57 tenants who learned on Christmas Day that she would have to leave the building for two to three years while the building undergoes expansion and seismic upgrades.

Domos has offered buyouts to some residents with a dollar figure that is higher than required by law. The company says it will also pay for relocation and cover the difference for a higher cost rental in addition to other bills.

"Moving expenses, storage, moving back into the unit and any shortfall," says Loring.

Loring adds that tenants will not face steep rent hikes when they return. There will be no more than a 10% increase as allowed by law.

Domos says that the renovated building will include a new type of affordable unit called, "co-living."

Instead of smaller studio apartments, the company will build out 4- and 5-bedroom suites. Several people would share a common living area and kitchen but they would each lease out a private bedroom and bathroom.

Details will reach the tenants after the sale is completed.

Ann Roberts says she has many questions. What she knows is that she wants to stay where she has been living for the last 22 years.

"Yes, I am going to stick it out as long as I can. This is my home."
Report a correction or typo
Related topics:
businesshancock parklos angeleslos angeles countyrental propertyhousingapartmentevictionrentshousing marketrenters
Copyright © 2021 KABC-TV. All Rights Reserved.
More Videos
From CNN Newsource affiliates
TOP STORIES