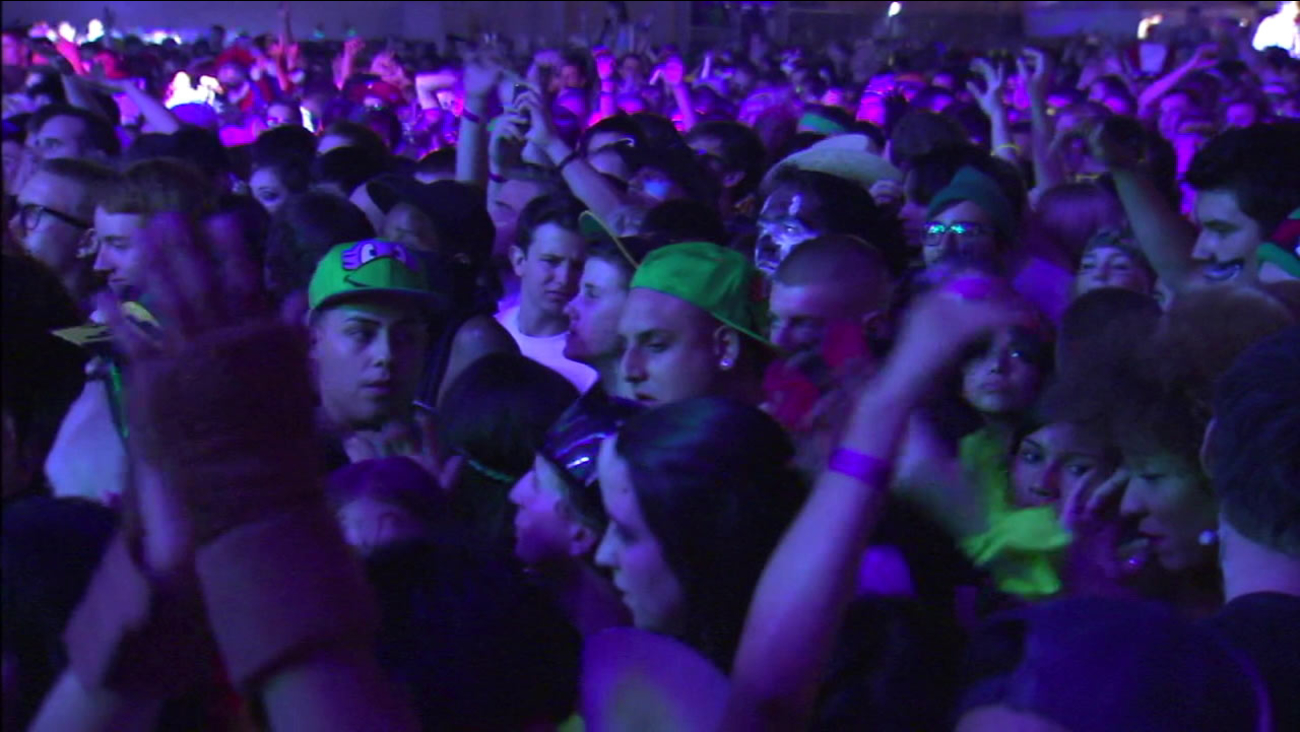 This file image shows the crowd at HARD Summer Music Festival in 2015.

LOS ANGELES (KABC) -- Three people have died after being rushed to area hospitals from the HARD Summer Music Festival in Fontana this weekend, the San Bernardino County Sheriff's Department said.

The sheriff's department confirmed that nine people were transported to area hospitals for medical reasons from the music festival, and three of those people were pronounced dead.

The victims were identified by a coroner's official as 22-year-old Derek Lee of San Francisco, 21-year-old Alyssa Dominguez of San Diego and 22-year-old Roxanne Ngo of Chino Hills.

The outdoor rave was headlined by Ice Cube, Major Lazer and dozens of other hip hop and electronic dance music performers. More than 146,000 people attended the Saturday-Sunday event, according to Hard Summer organizers.

"We were deeply saddened to learn about the deaths of three people who attended the festival this weekend," Hard Summer spokeswoman Alexandra Greenberg said in a statement. "While the causes of the deaths have not yet been determined, we ask everyone to keep them in their prayers. Our sincerest thoughts and condolences are with their family and friends."

Hard Summer was moved to Fontana's Auto Club Speedway this year after two women died of suspected drug overdoses at last year's event in Pomona at the L.A. County Fairgrounds.