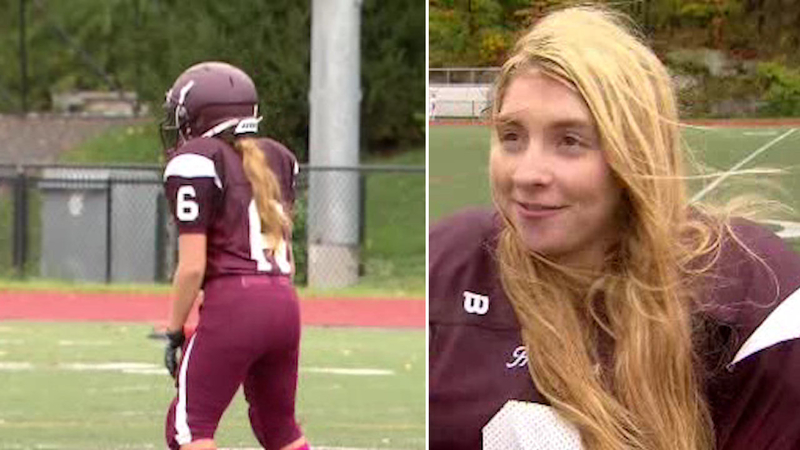 HARRISON, N.Y. -- A 15-year-old girl made history at a high school in New York after she went from cheerleader to football player.

Last year Ashley was a cheerleader, but this season she's a safety and wide receiver.

"Ever since cheerleading I saw the football players and I wanted to be on the football field with them," Ashley said. "People said I was crazy for playing because I'm not very big. I'm only 5-foot-1."

To make the team, Ashley hurdled obstacles that her male teammates never had to face.

Ashley said she encountered doubters from school, the team and even at home, from her three brothers and her father, a former football player himself.

"She turned out to go with a good group of kids. They gave her slack at first, but in the long run she won them over," John Bocek, Ashley's father said.

The teenager said the naysayers have fueled her passion to succeed and had a message for any young women looking to follow in her footsteps.

"You're going to get a lot of hate, that's definitely going to happen. But you have to take that hate and turn it into your motivation to prove everyone wrong," Ashley said.