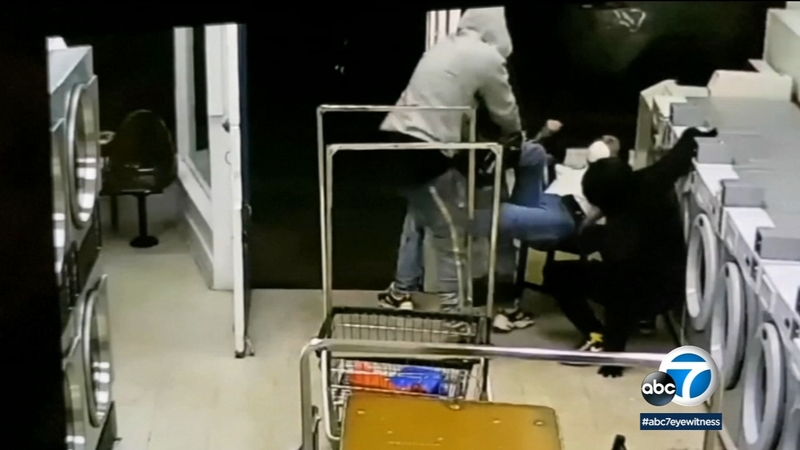 Multiple studies and surveys have shown spikes in hate incidents and crimes targeting the Asian Pacific Islander community during the pandemic.

County officials reported earlier this month there has been a recent doubling in hate crimes against Asian residents. A report released this week by Stop AAPI Hate documented 3,795 incidents reported to the organization between March 2020 and February 2021, and noted that the number represents "only a fraction of the number of hate incidents that actually occur.''

According to the report, the incidents included verbal harassment, physical assault, civil-rights violations such as workplace discrimination or refusal of service, and online harassment.

Los Angeles County recently increased funding for its LA vs Hate program to provide support and resources for victims of hate crimes and incidents.

Thursday's event hosted by Villanueva is scheduled for 1:30 p.m. More information on the virtual summit can be found here.

Meanwhile, a vigil was held in Garden Grove Wednesday night to remember the eight people killed in shootings at three Atlanta-area massage parlors in an attack that sent terror through the Asian American community. The gunman, identified as 21-year-old Robert Aaron Long, told police that Tuesday's attack was not racially motivated. He claimed to have a "sex addiction," and authorities said he apparently lashed out at what he saw as sources of temptation. But those statements spurred outrage and widespread skepticism given the locations and that six of the eight victims were women of Asian descent.

Despite the shooter's claims, the spa killings have left many in the Asian American community shaken.

"These days when I go out, I don't make eye contact. I just don't because I don't want to provoke anybody, especially knowing the anti-Asian hate crimes going on," said Garden Grove resident Linda Nguyen.

Local civil-rights leader Earl Ofari Hutchinson of the Los Angeles Urban Policy Roundtable called Wednesday for law enforcement to step up their presence around Asian-owned spas in the area in response to the shootings in Georgia.

Robert Aaron Long, 21, told police that the attack was not racially motivated and claimed to have a "sex addiction." Six of the victims were identified as Asian and seven were wome

"During this tense time, the Atlanta attack demands increased vigilance in Los Angeles in protecting the many Asian-owned spas in the city,'' Hutchinson said.

The LAPD and sheriff's department had no immediate response to the call.