See the warning Hawaiians saw on TV during missile scare 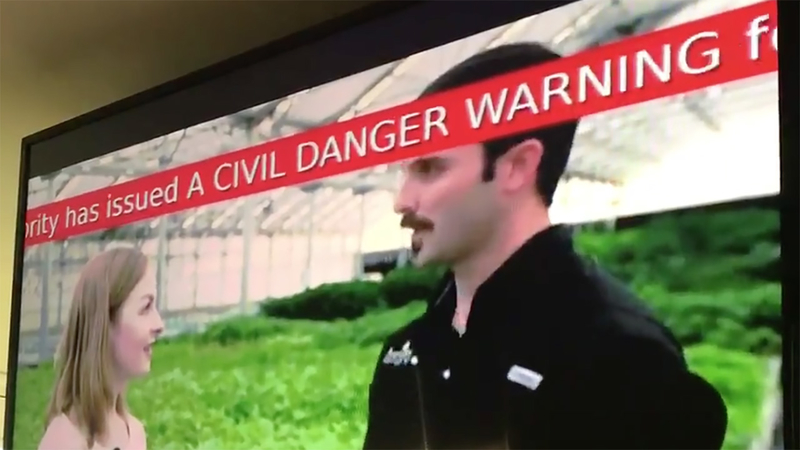 HONOLULU -- When a cell phone alert erroneously warned of an imminent missile threat in Hawaii, similar messages were broadcast over local television and radio outlets urging the public to take cover.

Just after 8 a.m. local time, television viewers saw a crawl appear across the top of their screen warning of a "CIVIL DANGER WARNING" that had been issued for local municipalities.

"The U.S. Pacific Command has detected a missile threat to Hawaii. A missile may impact on land or sea within minutes. This is not a drill," an accompanying voiceover told viewers.

The same emergency message was broadcast over local radio stations.

Hawaii emergency officials say an alert of a ballistic missile headed toward Hawaii was a false alarm.