A pilot was killed when an ultra light plane crashed in a flood channel near the Hawthorne Municipal Airport.
KABC
By Jade Hernandez 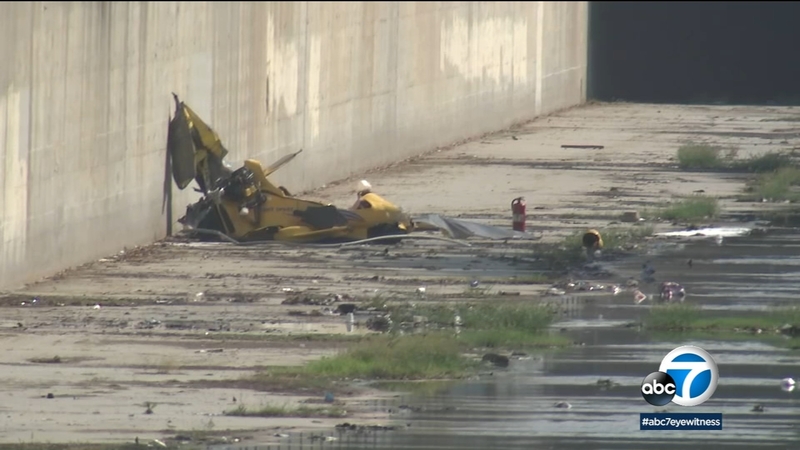 HAWTHORNE, Calif. (KABC) -- A pilot was killed on Sunday when an ultra light plane crashed in a flood channel near the Hawthorne Municipal Airport.

The Los Angeles County fire battalion chief told Eyewitness News that the pilot had trouble just after leaving the airport.

The pilot crashed into a storm channel. The plane never caught fire, but the man flying the aircraft died at the scene, according to the L.A. County Fire Department.

The pilot was the only person onboard the plane.

A forensic unit from the Hawthorne Police Department was at the scene, and investigators are looking into what happened.