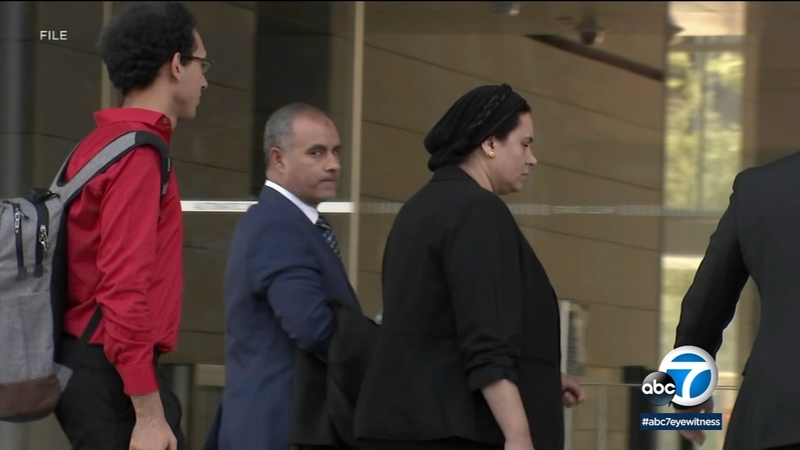 LOS ANGELES (CNS) -- A South Bay man was sentenced Thursday to 212 years in federal prison for defrauding insurance companies after driving his two disabled children and ex-wife off a pier at the Port of Los Angeles to collect on accidental death policies, a scheme the judge called "evil and diabolical.''

However, the Hawthorne man faces murder charges in L.A. Superior Court stemming from the deaths of his two sons with autism, 13-year-old Elhassan and 8-year-old Abdelkarim, along with the attempted murder of ex-wife Rehab Diab. She managed to escape from the submerged car despite not knowing how to swim.

"He murdered his two autistic children, letting two innocent young boys die an extraordinarily painful death while strapped in their (car) seats,'' U.S. District Judge John F. Walter told the court. "It's undisputed that death by drowning is a painful way to die. I can only imagine the horror they must have experienced as they struggled to get out of their seats ... as their lungs filled up with water.''

On April 9, 2015, Elmezayen drove the car containing Diab and their two sons off the wharf and escaped by quickly swimming out the open driver's side window, evidence showed. Diab survived when a fisherman threw her a flotation device and pulled her toward a ladder, but the two children, strapped into car seats, drowned.

Elmezayen -- a native of Egypt with no legal status in the United States -- had been planning the scheme for two years, according to evidence presented during the trial. During 2012 and 2013, he acquired $7 million in life and accidental death insurance coverage on his family with eight different companies. After the deaths, he collected nearly $262,000 in insurance proceeds, said Walter, who ordered restitution in that amount to be paid to two insurance companies.

During his trial in Los Angeles federal court, prosecutors said Elmezayen, 46, was an abusive husband beset by money problems.

"He lined the car up to the one spot that wasn't blocked and hit the gas, the kids buckled inside,'' Assistant U.S. Attorney David T. Ryan told the jury. "The plan was to kill them and make it look like an accident.''

After the deaths, Elmezayen filed a lawsuit against the city of Los Angeles "where he tried to collect more money from the deaths by blaming the city for the loss of his children,'' the judge said, calling the defendant a "greedy and brutal killer.''

The defendant did not take the stand during his trial in downtown Los Angeles, and declined to address the court at his sentencing hearing Thursday.

A third son, Elhussein Diab -- who was away at camp when the deaths took place -- spoke at the hearing, saying his father had treated the graves of his late brothers "as a bank account.''

The District Attorney's Office initially declined to file murder charges, concluding that the evidence was insufficient to show the crash was intentional. But despite lacking jurisdiction for federal murder charges, the U.S. Attorney's Office in Los Angeles, working with the FBI, established that Elmezayen crafted his scheme with the intent to defraud life insurance companies.