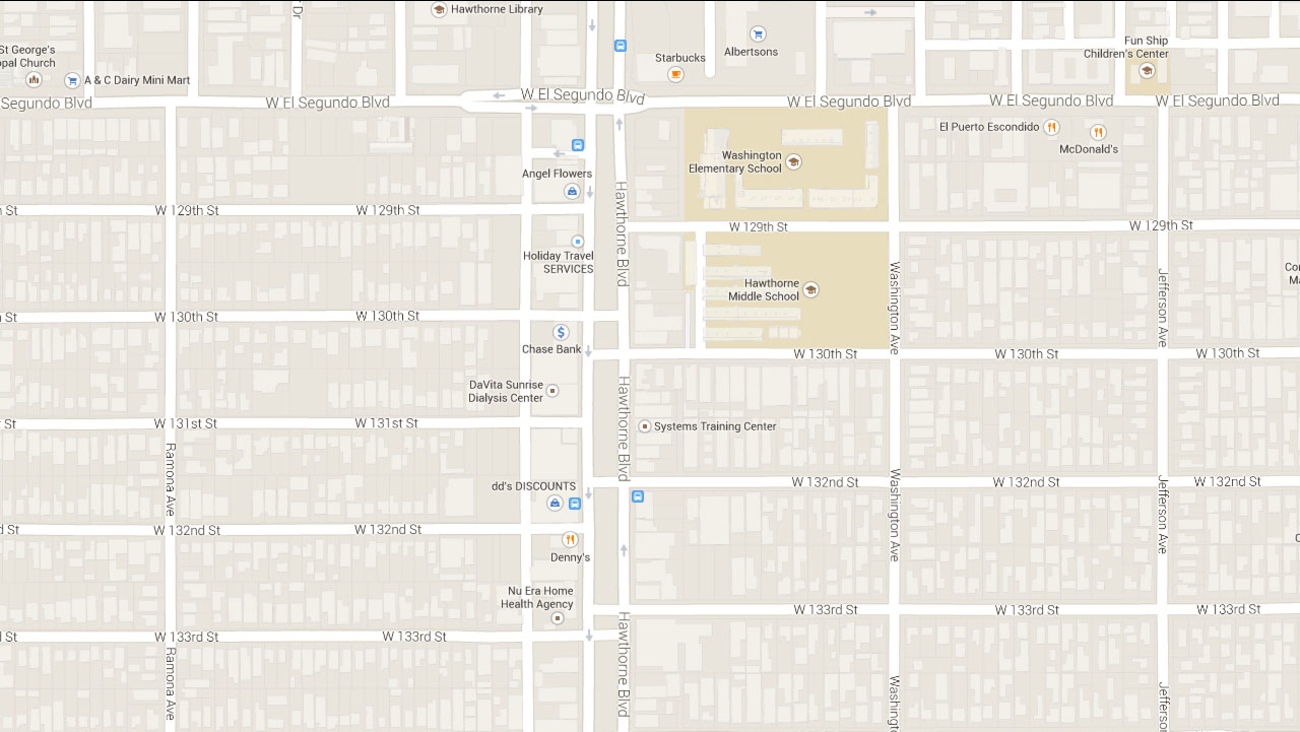 This Google Maps image indicates the area in the 13000 block of Hawthorne Boulevard in Hawthorne. (Google Maps)

HAWTHORNE, Calif. (KABC) -- Two officers were hospitalized following a physical altercation with an aggressive panhandler outside a restaurant in Hawthorne Monday.

The incident occurred outside the Louisiana Famous Fried Chicken in the 13000 block of Hawthorne Boulevard at about 2:30 p.m.

Patrons at the restaurant called police after they say the panhandling suspect refused to take no as an answer from people who refused to give him money.

Responding officers asked the suspect to leave. He then took his shirt off and assumed a fighting stance, according to Hawthorne police. A physical altercation ensued at which point the suspect was Tasered.

The suspect was described as a black male, between 25 and 30 years old, standing around 5 feet 10 inches, and weighing about 200 pounds.