Hawthorne police taught how to deal with dogs 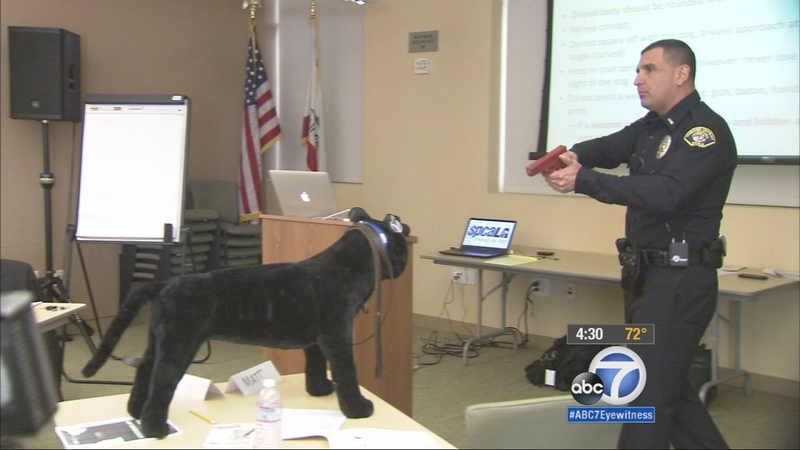 Hawthorne police taught how to deal with dogs

The course, developed by the Society for the Prevention of Cruelty to Animals Los Angeles, teaches officers how to read dog behavior.

For example, yawning is actually a signal of stress. The best way to handle that situation is to give the animal space.

Kissing sounds also let the dog know you're in his territory.

"We have to balance what we have learned about dealing with potentially vicious animals so we don't escalate to a point where we actually end up harming an animal," Hawthorne Police Lt. Gary Tomatani said.

The spcaLA says it's received calls from other law enforcement departments statewide interested in the class.