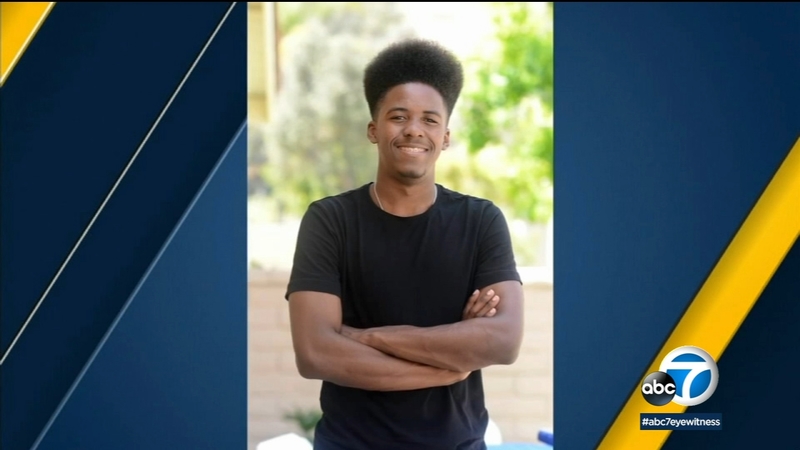 RIVERSIDE, Calif. (KABC) -- More than a year after Tyler Hilliard died from what his family alleges was a hazing incident, his family is suing the UC Riverside fraternity they claim is responsible for his death.

"We are suffering the loss," Myeasha Hilliard, Tyler's mother, said. "We suffer with it every day."

Tyler, 20, was about to begin his junior year at University of California Riverside when he started pledging the Alpha Phi Alpha fraternity.

On Sept. 15, 2018 fraternity members took the pledges to Mount Rubidoux in Riverside for a run.

"Tyler was subjected to harmful, humiliating and life-threatening hazing rituals that ended at Mount Roubidoux where he apparently collapsed and was taken by ambulance to the hospital where he died the following day," Attorney Toni Jaramilla said. "We believe he was kicked in the chest as part of a hazing ritual."

The family is suing the fraternity and the UC Riverside chapter of Alpha Phi Alpha. They are not suing the university. Riverside police are investigating.

Hazing in the state of California is illegal.

The fraternity's website states the organization is against hazing.

A week before Tyler died, his parents say he ended up in the hospital after an alleged hazing incident.

Tyler's father, William, said: "We'd like for anyone to come forward with more information than what we've already received. And I'm sure there's a whole lot more than what we have knowledge of."

His mother says there were other people up the mountain with Tyler and she hopes more of them will come forward.