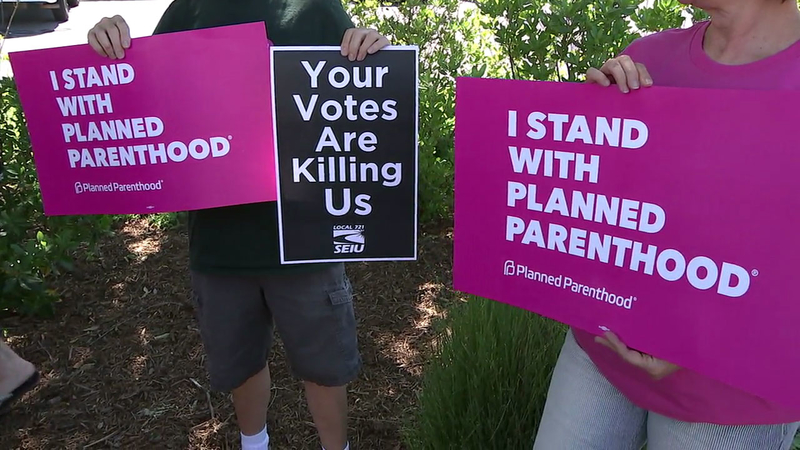 SANTA CLARITA, Calif. (KABC) -- As a health care bill aimed at repealing and replacing Obamacare moves through Congress, a group of Planned Parenthood supporters gathered in Santa Clarita to make their voices heard.

About 30 people marched and held signs in front of Congressman Steve Knight's office Thursday after learning he voted in favor of the bill in the House. They said the bill that is moving through Congress has a provision that would defund Planned Parenthood.

MORE: What you need to know about the Republican health care bill that would replace Obamacare

The group of demonstrators said one in five women depend on Planned Parenthood for health care services. In California alone, that is about 850,000 people, according to the group.

One woman who spoke during the demonstration said she's been using the facility since she was 16 years old. Doctors at the facility diagnosed her with breast cancer, she said.

"It was something that I can count on. I was able to get a same-day appointment and within a week, I was diagnosed with breast cancer. Today, I'm saddened by what the Congress has done in taking this away," Novelyn Aquino said.