KABC
By ABC7.com staff
LOS ANGELES (KABC) -- Health officials have confirmed two more cases of measles in San Bernardino County and one more case in Long Beach after an outbreak that is tied to Disneyland in Anaheim.

Most of the measles patients visited Disneyland or Disney California Adventure between Dec. 15 and Dec. 20, but some may have contracted it from others who had visited the Disney parks.

Doctors are urging parents to vaccinate their children in light of the measles outbreak.

In 2002, California health officials say 95 percent of kindergartners were vaccinated, but today, that number has dropped to 92 percent. 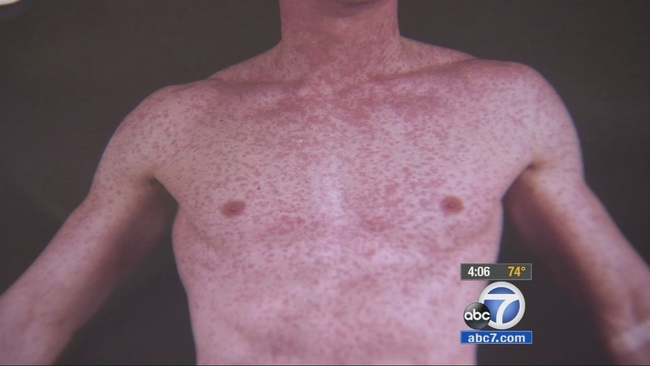