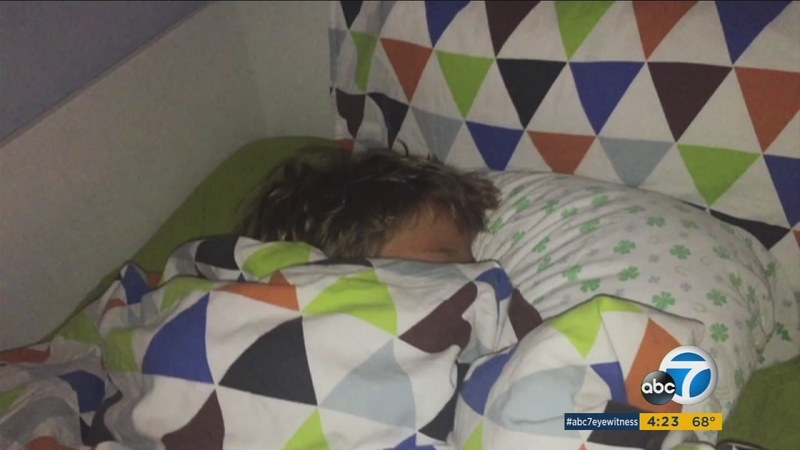 Many parents already know that kids who don't get enough sleep can get cranky, but there's new evidence that suggests a lack of sleep in kids may also be linked to several very real health problems.

After looking at the sleeping patterns of close to 5,000 9 and 10-year-olds, a new study published in the journal "Pediatrics" concluded that sleep deprivation may be connected to some serious health issues. Those issues could include type-2 diabetes.

Julia Calderone, who is the health editor for Consumer Reports, said, "Kids between 6 and 12 years old should really be getting between nine and 12 hours of sleep per night. Younger kids should get even more."

The children in the study slept an average of 10-and-a-half hours a night. But researchers found that for every extra hour of sleep the kids got -- risk factors for type-2 diabetes: such as body mass index, body fat, insulin resistance and glucose levels -- all went down.

"It doesn't prove a direct correlation, said Calderone. "But it does suggest a connection. So researchers and parents, frankly, need to be looking at this more closely."

Over the past 15 years, there has been growing evidence that children and adolescents are getting less and less sleep, while the rate for type-2 diabetes has been on the rise in young people.

If you're wondering if your child is already sleep deprived, pediatricians point to warning signs like kids who fall asleep in the car frequently. Or, children who have an especially hard time waking up for school, who act unusually irritable, aggressive or emotional or are very easily distracted.

The experts at Consumer Reports say there are simple ways parents can encourage healthy sleeping habits. And a healthy sleep strategy is even more effective if you start when kids are young.

And for teens, watch caffeine. Things like sodas, energy drinks, even cocoa or chocolate can be problematic if they have it later in the day.

These simple interventions could help kids avoid some serious health consequences and give them healthier sleep habits for life.
Report a correction or typo
Related topics:
health & fitnesschildren's healthcircle of healthsleep
Copyright © 2021 KABC-TV. All Rights Reserved.
CIRCLE OF HEALTH