BRCA gene testing and men: why it's important to consider family history 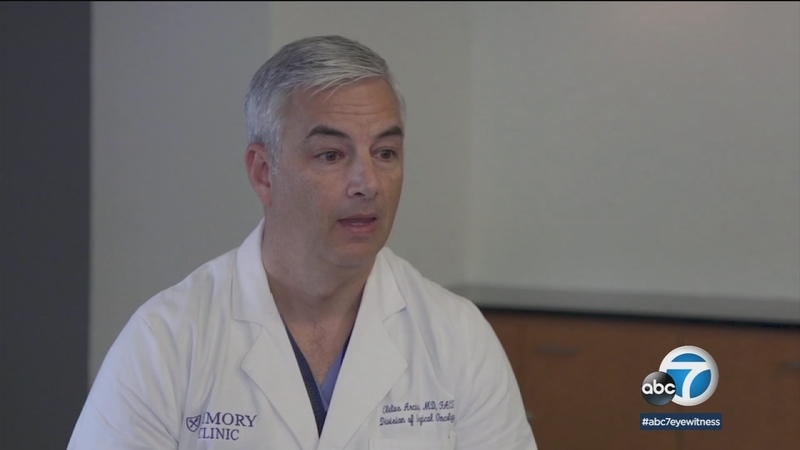 BRCA gene testing and men: why it's important to consider family history

When we hear about mutations like the BRCA gene, it's usually associated with women and breast cancer screening. But researchers say not only do men get breast cancer, but the gene also shows risks for other cancers, like prostate cancer. Yet few men are being tested.

Eric Dunlap was diagnosed with breast cancer 18 years ago, but remembers it like it was yesterday.

He said he remembers feeling shocked. "I couldn't believe it being a male." Eric had a mastectomy and chemotherapy.

Even though he had a family history, Eric never thought to take the special genetic BRCA test before he was diagnosed. The test might have shown whether he'd inherited the risk.

Parents with the BRCA genetic mutation have a 50 percent chance of passing it to their daughter or son.

Dr. Cleetus Arciero is a surgical oncologist and says it's important to know your risks.

"Being aware of your family history, being aware of your own history in terms of different types of cancers will help you to become more aware of what your risk is of having some sort of genetic mutation," Arciero said.

It's not just about breast cancer. Following a research trial, researchers found that men with certain mutations in the BRCA genes had a higher risk of developing malignant abnormalities of the prostate, pancreas, colon and melanoma. While women and men are both at risk, a new study reveals women take the BRCA test for breast cancer nearly three times more than men.

Arciero believes it's still thought by some to be solely a female disease.

He said, "It's a relatively rare event that a man is developing breast cancer or if that man has a lot of risk factors in his family."

While only 1 percent of the overall male population will get breast cancer this year, the study's lead researcher explains, "If a male has a BRCA mutation, his risk of breast cancer increases a hundredfold." But even if a man does have the gene mutation, Arciero stresses it does not always lead to cancer. And the next steps aren't always clear cut.

"So, for them it typically boils down to more of a closer balance from the standpoint of physical exam seeing the physician on a regular basis," Dr. Arciero said.

Eric finally got the BRCA test, but the results were inconclusive. He says he'll likely get tested again just to make sure he's not a carrier who may have passed the gene on to his two sons.

Dunlap said, "Knowing that it could be lifesaving is important."