Hepatitis A outbreak: State of emergency declared in California

KABC
LOS ANGELES (KABC) -- Gov. Jerry Brown declared a state of emergency over the deadly hepatitis A outbreak in California.

The emergency proclamation, which was issued by Brown on Friday, allows the state to increase its supply of hepatitis A vaccines in order to control the current outbreak.

Immunizations from the federal vaccine program have been distributed to at-risk populations in affected areas, but additional supplies are needed, according to a statement released by Brown's office.

The emergency proclamation gives the California Department of Public Health (CDPH) authority to immediately purchase vaccines directly from manufacturers and distribute them to impacted communities.

The Los Angeles County Department of Public Health declared a local outbreak of hepatitis A in September.

According to the CDPH, there have been a total of 18 deaths so far - all in the San Diego area, which has reported 490 cases of hepatitis A and 342 hospitalizations.

This brings the total number of cases in the state to 576 with 386 hospitalizations.

California is experiencing the largest hepatitis A outbreak in the United States transmitted from person to person - instead of by contaminated food - since the vaccine became available in 1996.

According to the CDPH, the hepatitis A virus is spread when the virus is ingested by mouth from contact with hands, objects, food or drinks that are contaminated by the feces of an infected person.

Hepatitis A infection typically causes fever, a general ill feeling, yellowness of the skin, lack of appetite and nausea. Severe hepatitis A infection is rare but is more common in people with underlying liver disease and can cause the liver to fail, which can lead to death.

For more information about preventing Hepatitis A, visit the Centers for Disease Control and Prevention website at www.cdc.gov/vaccines/vpd/hepa. 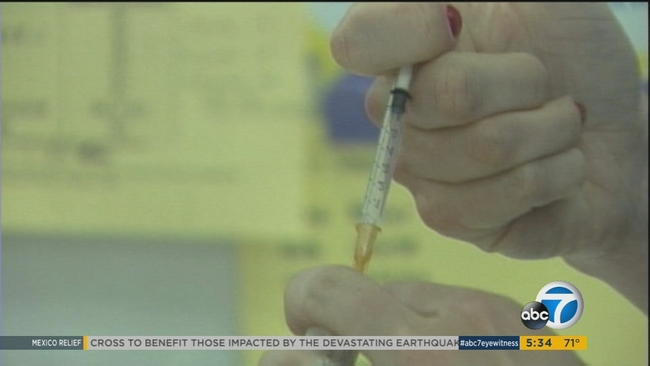 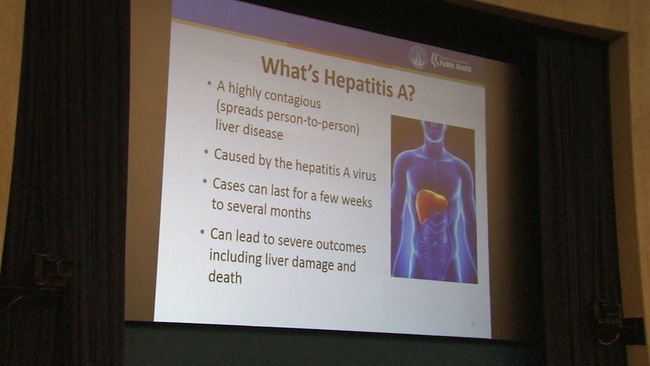