CA ranks near the bottom of all states in completing coronavirus tests, new data show LOS ANGELES (KABC) -- Even as state and local authorities work to expand testing capacity, California ranks nearly at the bottom among all states in completing coronavirus tests per person, according to an Eyewitness News analysis of national data.

California completed 835 tests per 1 million state residents over the last three weeks, according to the data.

That puts California at No. 50 in a ranking of states plus Washington D.C. That's a drop from last week when the state was ranked 46.

Only the state of Oklahoma completed fewer tests, 542 per 1 million people.

Meanwhile, New York has completed the most tests per 1 million people, at more than 12,000.

The analyzed data came from The COVID Tracking Project and state health departments.

State and local officials note they are opening new testing centers as quickly as they can. In Los Angeles County, new test sites are popping in places like the South Bay Galleria, the Antelope Valley and Pomona. The county is trying to increase testing, but it's still limited to the most vulnerable residents.

"We're more broadly looking to expand points of access and the rapidity of the diagnostics on the test and that remains stubborn," said Gov. Gavin Newsom at a briefing.
These numbers don't mean tests aren't being conducted. But the state has a huge backlog of tests that have been taken but the results still need to be processed. Two-thirds of the estimated 92,500 tests are still pending.

"We actually probably are testing close to 10,000 people a day here in LA County now, but the slowdown is when we get the results," explained Dr. Barbara Ferrer, the director of the LA County Department of Public Health.

"That's when I actually can say to you 'here's how many tests were done, here are the number of people that were positive,'" she said.

There are various requirements Angelenos must meet to get tested at the city's drive-thru sites, including being 65 years or older, having underlying health conditions, and also having symptoms, according to Pono Barnes from the Los Angeles County Fire Department.

A testing site for children also opened Friday in Los Angeles on Pico Boulevard. It's one of the first pediatric testing sites in the state.

Dr. Joshua Sherman of PM Pediatrics said they want to know "how many children are being affected by this disease and to find out the outcomes. If we know who's positive we can follow them and see what happens to them."

To get tested at the site, children have to meet certain medical criteria. To get more information and set up an appointment to test a child for coronavirus, contact PM Pediatrics here.
Report a correction or typo
Related topics:
health & fitnesscoronavirus testingcoronavirus californiacoronaviruscoronavirus testcovid 19 pandemiccovid 19 outbreakcovid 19
Copyright © 2021 KABC-TV. All Rights Reserved.
CORONAVIRUS CALIFORNIA 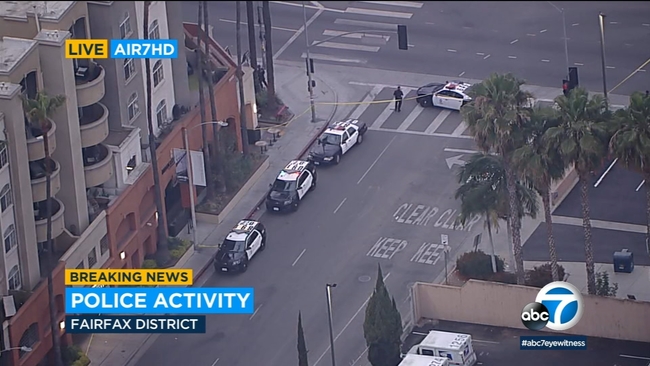