KABC
The world is feeling the economic and social impact of the coronavirus pandemic.

Not only has COVID-19 killed tens of thousands and sickened hundreds of thousands, but it also prompted school closures for millions of children, canceled major sporting events and temporarily shut down Broadway and all of Disney Parks.

(All times in Eastern time)

April 2, 12:05 p.m.: The Democratic National Convention has been postponed to the week of August 17 amid the coronavirus crisis, senior convention and party officials told ABC News.

"The Department of the Interior and the National Park Service will continue to follow the guidance of state and local health officials in making determinations about our operations," Secretary of the Interior David Bernhardt said in a news release. "As soon as we received the letter from the Health and Human Services Director and Chief Health Officer for Coconino County recommending the closure of Grand Canyon National Park, we closed the park."

April 1, 11:15 a.m.: Wimbledon has been canceled for the first time since World War II because of the coronavirus pandemic. The All England Club announced after an emergency meeting that the oldest Grand Slam tournament in tennis would not be held in 2020. Wimbledon was scheduled to be played on the outskirts of London from June 29 to July 12.

March 26, 1:30 p.m.: The Indianapolis 500 scheduled for May 24 has been postponed until August because of the coronavirus pandemic and won't run on Memorial Day weekend for the first time since 1946. The race will instead be held Aug. 23.

March 20, 10:30 a.m.: The Scripps National Spelling Bee, originally scheduled for the week of May 24, won't be held as scheduled this year because of the coronavirus. Scripps said would try to reschedule the bee for later this year but it did not commit to a new date. It's possible the bee won't be held at all.

March 20, 9:15 a.m.: Florida Keys officials announced plans to close the island destination to visitors beginning at 6 p.m. ET Sunday, March 22. The only exception is for long-term renters in vacation homes and R/V parks with contracts of 28 days or more,

Also, the royal family announced that the ceremonial of the Changing of the Guard at Buckingham Palace, St James's Palace and Windsor Castle will be postponed until further notice.

March 18, 1:25 p.m.: Automakers General Motors and Ford are suspending all manufacturing at their North American facilities until March 30. Both companies said they will be thoroughly cleaning facilities to protect their workforce and boost containment efforts in response to the COVID-19 outbreak.

Britain's biggest music event Glastonbury, which was due to celebrate its 50th anniversary in June, has been canceled.

Other major closures, suspensions and shortages related to the new coronavirus:

The Walt Disney Co. has pushed back its May releases, including Marvel's "Black Widow," "The Personal History of David Copperfield," and "The Woman in the Window." The studio had previously postponed several earlier releases.

The 2020 Billboard Music Awards, scheduled for April 29, have been postponed.

The annual Met Gala has been postponed indefinitely, Anna Wintour said Monday in a post on Vogue's website.

The iHeartRadio Music Awards, scheduled for March 29, will be rescheduled.

Cirque du Soleil, creator of many of the most popular shows in Las Vegas, said that it is temporarily suspending its productions in the city as well as around the world

The 55th Academy of Country Music Awards, originally scheduled for April 5, is postponed and rescheduled for September. The date, time and venue are to be determined.

Disney announced that Disneyland and Disney World will be closed through the end of March. The company's film studio has also postponed the upcoming theatrical releases of "Mulan," "The New Mutants" and "Antlers."

The curtain went down on Broadway shows starting at 5 p.m. Thursday, March 12, and though April 12.

Six Flags announced it is either closing or delaying the opening of 10 parks through the end of March, at which time they will re-evaluate on a park-by-park basis.

SeaWorld announced it will temporarily close all theme parks, effective March 16, through the end of the month. Animal rescue and rehabilitation operations will continue to operate.

The Jonas Brothers announced the cancellation of their Las Vegas residency, which was set for April 1 through 18 at Park MGM.

President Donald Trump tweeted that cruiselines Carnival, Royal Caribbean, Norwegian, and MSC have all agreed to suspend outbound cruises for 30 days. Princess Cruises has suspending global ship operations following two coronavirus-related quarantines where hundreds of passengers were sickened and some died. Viking Cruises is also suspending operations of its river and ocean cruises for embarkations taking place between Thursday, March 12, to April 30.

The Coachella and Stagecoach music festival in Southern California have been postponed until October amid virus concerns.

The organizers of South By Southwest -- which draws hundreds of thousands of visitors and some of Hollywood and music's biggest stars -- cancelled the annual arts and technology festival, saying they're "devastated" but recognize it is necessary to prevent a serious threat of contagion.

The release of several movies, including Disney's "Mulan" the James Bond film "No Time To Die," has been pushed back several months.

Madonna has canceled the last two stops of her latest tour in France after the country said it was banning events of more than 1,000 people to limit the spread of the coronavirus.

Carlos Santana, Zac Brown Band and Pentatonix on March 10 became the latest musicians to cancel concerts because of public health concerns and performance restrictions due to the growing coronavirus outbreak.

Churchill Downs has postponed the Kentucky Derby until September. It was originally scheduled for May 2.

The UFC has postponed its next three scheduled events through April 11, finally giving up on President Dana White's plan to keep fighting amid the coronavirus pandemic. The UFC will not hold its show scheduled for Saturday, which was initially slated to be held in a full arena in London. The UFC also won't hold shows scheduled for March 28 and April 11.

Major League Baseball has pushed back Opening Day until mid-May at the earliest because of the coronavirus.

The NFL Draft selection of players will proceed as scheduled from April 23 to April 25 in Las Vegas but all public events related to the draft have been canceled.

NASCAR announced it will postpone the races at Atlanta Motor Speedway this weekend and Homestead-Miami Speedway next weekend.

The NCAA has canceled its men's and women's basketball tournaments because of the spread of coronavirus, putting an abrupt end to the season less than a month before champions were to be crowned.

U.S. professional sports leagues have suspended and postponed their seasons: The National Hockey League, Major League Soccer have joined the National Basketball League in pausing games to slow the spread of the outbreak. Major League Baseball followed suit not long after.

The NBA suspended its season "until further notice" after a Utah Jazz player tested positive March 11 for the coronavirus.

The BNP Paribas Open, the near-major tennis tournament in the California desert, won't be played as scheduled after a case of coronavirus was confirmed in the Coachella Valley.

The Ivy League Presidents on March 11 announced their unanimous decision to cancel all spring athletics practice and competition through the remainder of the academic year.

Congress announced it is shutting the U.S. Capitol along with House and Senate office buildings to public until April 1 in reaction to coronavirus.

The March 15 Democratic primary debate in Arizona will be held without an audience, according to the Democratic National Committee.

Saudi Arabia closed off holy sites in Mecca and Medina to millions of Muslim pilgrims in order to stop the spread of the virus.

The Church of Jesus Christ of Latter-day Saints has postponed a key April meeting of its top global leaders because of the spread of the coronavirus.

Palestinian officials are shuttering the storied Church of the Nativity in the biblical city of Bethlehem weeks ahead of the busy Easter holiday season.

The Church of Jesus Christ of Latter-day Saints announcd March 12 that "public gatherings of Church members are temporarily suspended worldwide until further notice.

Diet Coke could be in short supply in the near future, as Coca-Cola says the coronavirus outbreak has delayed the production and exports of artificial sweeteners, CNN reported.

Wedding dress sellers are seeing long delays in bridal gown orders because of issues with shipments from China, CNN reported.

The FDA reported its first drug shortages from an unnamed drug due to the coronavirus. "The shortage is due to an issue with manufacturing of an active pharmaceutical ingredient used in the drug. It is important to note that there are other alternatives that can be used by patients," the FDA said in a statement.

Apple said the viral outbreak in China has cut production of iPhones. The company said all of its iPhone manufacturing facilities are outside Hubei province, the epicenter of the outbreak, and all have been reopened. 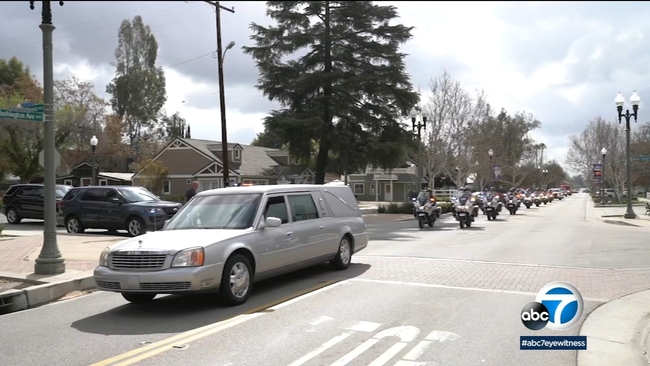 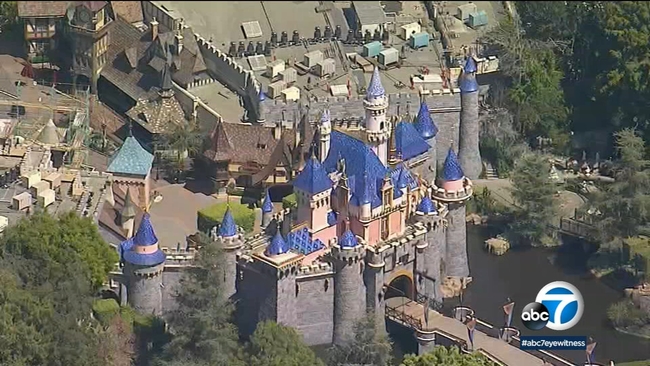