AP
By Darlene Superville & Deb Reichmann
WASHINGTON -- There was no presidential appearance and no White House backdrop Friday when the government's coronavirus task force briefed the public for the first since April - in keeping with an administration effort to show it's paying attention to the latest spike in cases but not on a wartime footing that should keep the country from reopening the economy.

The briefing at the Department of Health and Human Services was held as the number of confirmed new coronavirus infections per day in the U.S. soared to an all-time high of 40,000 - higher even than during the deadliest stretch in April and May. In light of the new surge, task force briefers chose their words carefully to update the public about COVID-19, which has become both a public health and political issue.


Vice President Mike Pence had the most delicate line to walk. He acknowledged a surge in new cases across the South and West, while backing the president's desire to get the economy up and running without mentioning that it will also help the prospects for reelection.

"As we see new cases rising, and we're tracking them very carefully, there may be a tendency among the American people to think that we are back to the place that we were two months ago - in a time of great losses and a great hardship on the American people," Pence said.

But the vice president also took note of positive job numbers and added: "The reality is we're in a much better place."

"As you can see, we are facing a serious problem in certain areas," Fauci said. But he also was careful not to blame the recent spike on gatherings where people haven't worn face masks or adhered to social distancing guidelines.


Pence deftly sidestepped pointed questions about the apparent dissonance between the administration's admonitions that Americans heed the guidance of local officials and President Donald Trump's decision to hold a political rally last week in Tulsa, Oklahoma, over the objection of health officials. And during a Trump event in Arizona on Tuesday, thousands of young attendees violated Phoenix's mandate to wear face masks.

Insisting that Trump was "taking proper steps," Pence invoked the constitutional protection of free speech, saying, "we still want to give people the freedom to participate in the political process."

The White House over the last two months all but eliminated coronavirus task force briefings and sharply curtailed public appearances by its medical experts as Trump shifted his focus to getting the country moving again. The return of the briefing was a sign that the administration knows it can't ignore growing anxiety over the increased number of cases as governors in some states pause or delay reopening.

But the briefings are not expected to come back with the same daily frequency. And it's no coincidence, officials said, that Friday's briefing took place at HHS rather than the White House. The president is still dead-set on cheerleading an economic resurgence even in the face of the spike in infections.

Pence announced that 16 states were seeing worrisome increases - up from 12 states on Wednesday. He said there still is work to do, but that it was important to reflect on how much the federal and state governments and health care workers have done to respond to the pandemic.

"This moment in the coronavirus pandemic is different" from the grim days when New York, New Jersey, Connecticut and New Orleans were struggling under the weight of the pandemic, he said.


America has since accelerated testing to 500,000 a day, which has contributed to the increase in reported new cases, said Pence. He plans to travel next week to Texas, Arizona and Florida; the previously scheduled trips to the hot spots of COVID-19 were initially to be more political in nature, but will now include greater focus on the virus.

"I just encourage every American to continue to pray," Pence said in closing. "Pray for all the families that have lost loved ones. Pray for our health care workers on the front lines. And just continue to pray that, by God's grace, every single day we'll each do our part to heal our land."

Back at the White House, meanwhile, Trump held a jobs-focused event in the East Room and offered this can-do message:

"We have a little work to do and we'll get it done. We're having some very good numbers coming out in terms of the comeback, the comeback of our nation and I think it's going very rapidly and it's going to be very good." 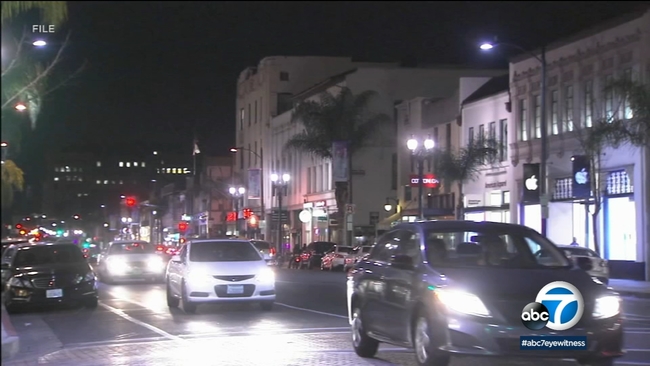