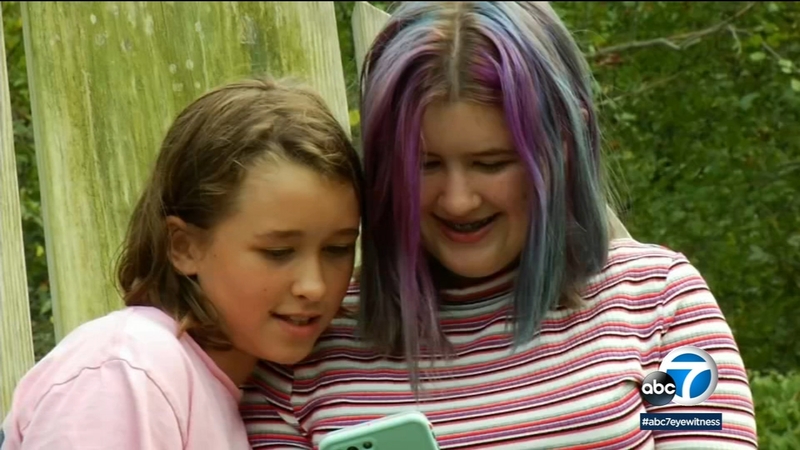 A vital part of growing up involves learning to express and regulate emotions. But for young children, that can often be challenging.

A new study takes a look at an easy and inexpensive way that parents can help their kids do just that.

Whether they're happy, mad or any feeling in between, your child may have lots of emotions.

Sometimes, those emotions may be a little hard for them to name or even control.

Now psychologists from Brooklyn College share research on how parents can use drawing and creativity to help their child regulate their emotions.

In one study, researchers asked kids to think about a time that they were disappointed.

They were given five minutes and then were asked about their mood.

The researchers performed the study again on a separate group of kids, this time adding a third group, who were told to copy a drawing.

So experts say, tap into your child's creativity to help them perk up their mood and give them an outlet. Give them an idea of a topic, and let them put pencil to paper.

Researchers point out that the creative drawing technique works best on day-to-day situations, like a disappointing day at school.

But in the case of a traumatic or more serious event, a "venting" approach might be a healthier strategy to help them, and it's one that may help start a dialogue with a parent, as well.
Report a correction or typo
Related topics:
health & fitnessartchildren's healthchildrencircle of healthpsychologykids health matters
Copyright © 2021 KABC-TV. All Rights Reserved.
CIRCLE OF HEALTH
Brain injury survivor becomes 1st to receive transparent skull implant
New research on 'micro-clots' could be key to preventing COVID deaths
J&J booster shows promise, but could mixing vaccines be even better?
What FDA approval of Pfizer's vaccine means in the fight against COVID
TOP STORIES
Dodgers beat Atlanta, narrow NLCS gap to 2-1
LA City Council to consider suspending Ridley-Thomas from office
As NBA season opens, Staples enforcing strict COVID protocols
Ex-Olympic boxing champ pleads no contest for molesting 2 girls
SF In-N-Out shut down after defying COVID vaccine mandate
All counties in California now under drought emergency declaration
Mobile home residents fed up with Dominguez Channel smell
Show More
2 men dead after fire at Canoga Park marijuana grow operation
LGBTQ+ pioneers among those featured at ONE Archives at USC
Mark Ridley-Thomas to surrender Wednesday ahead of arraignment
Record number of container ships waiting to enter SoCal ports
Taco Bell is giving away free breakfast burritos
More TOP STORIES News