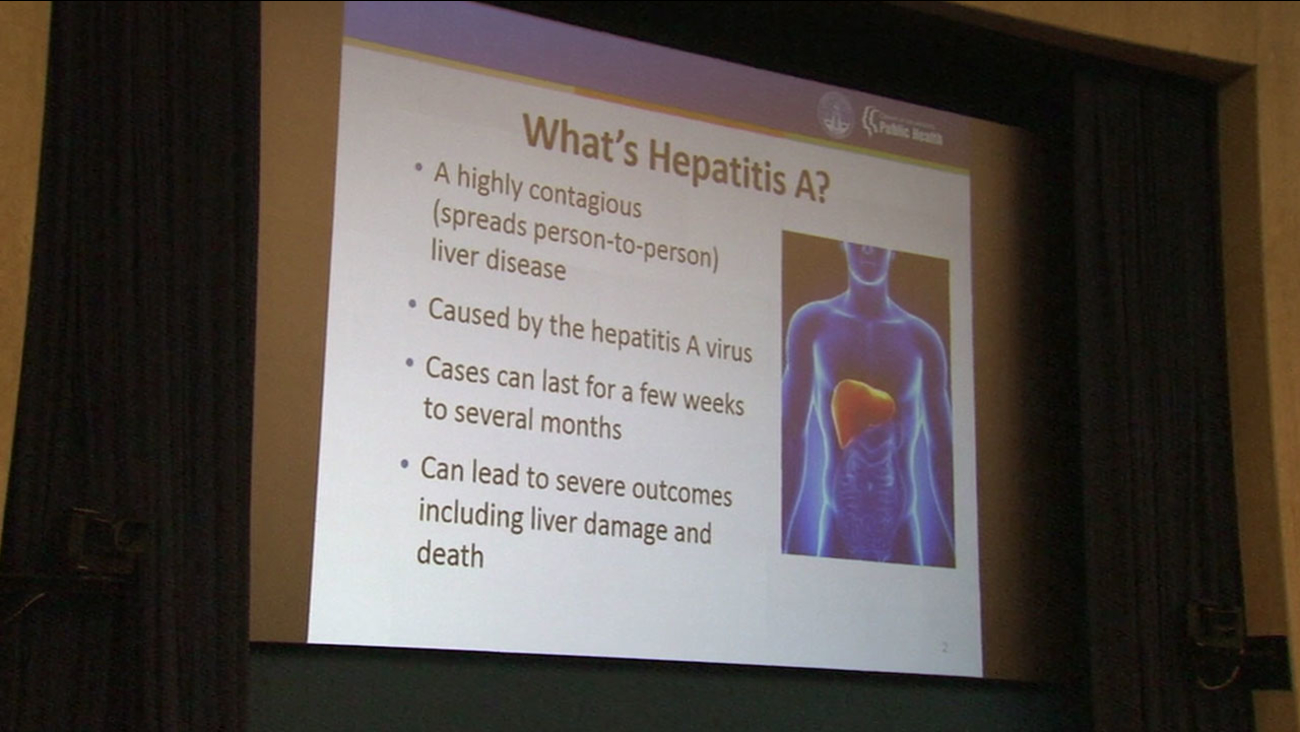 The Los Angeles County Department of Public Health has declared a local outbreak of hepatitis A.

LOS ANGELES (KABC) -- The Los Angeles County Department of Public Health has declared a local outbreak of hepatitis A.

The health agency said the declaration was issued after the most recent new cases of the disease appear to have been locally acquired.

So far, 10 cases of hepatitis A have been confirmed among the high-risk homeless population in Los Angeles County, according to a press release from the department.

Four of the confirmed cases were in individuals who had been in San Diego and Santa Cruz. Three other cases were identified in a health facility in Los Angeles County. Two of those cases appear to have been acquired locally, according to the health department.

"Public Health has been proactively preparing for an outbreak for some time and is working diligently to prevent spread in local communities. Our priorities are to keep all our residents both safe and well informed of the situation," said Jeffrey Gunzenhauser, MD, MPH, Interim Health Officer, Los Angeles County.

"Vaccination is the best protection against Hepatitis A. With this in mind, our outreach teams and clinics are offering free vaccine to persons who are homeless, active drug users, and those who provide services and support to those individuals."

According to the LA County health department, a person can get hepatitis A if they come into contact with an infected person's feces through contaminated food or objects. Other modes of transmission include certain sexual practices, sharing equipment related to illicit drug use, and consumption of food or water contaminated with the virus.
Report a correction or typo
Related topics:
health & fitnesslos angeleslos angeles countyhealthhepatitis
Copyright © 2020 KABC-TV. All Rights Reserved.
More Videos
From CNN Newsource affiliates
TOP STORIES