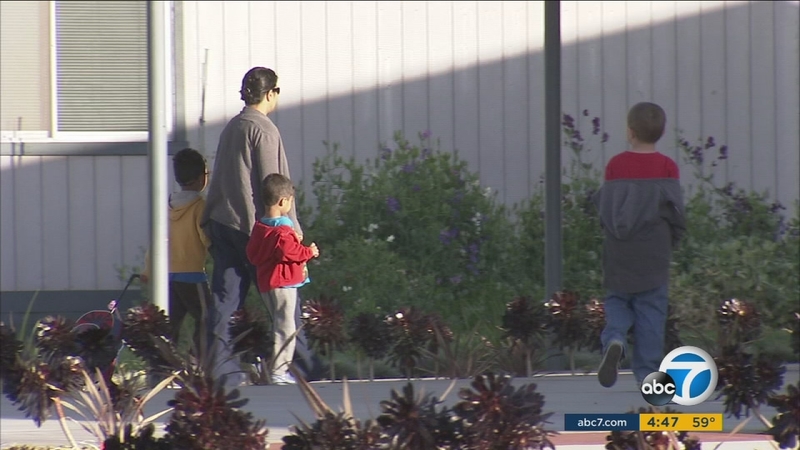 Experts always advise parents to filter information to children, but it gets more difficult when their schools become part of the story.

Stephanie Marcy, a child psychologist at Children's Hospital Los Angeles, said she felt the same way other parents did on Tuesday.

"I felt afraid, I felt angry, and my first goal was to make sure my children were calm," Marcy said.

But Marcy stated she was mindful of what she said and chose not to tell her 7-year-old and 4-year-old about why they couldn't go to school.

"I think we have to be developmentally appropriate and my litmus test for it is to decide is it going to change what the children need to do? Is it going to make a big difference for them to know in a way that would be necessary," she asked.

For older children, Marcy said you should be open with them because they have most likely already seen the news or images on their phones.

But she stressed that parents should reassure the children of their safety.

"I do not encourage lying, I'm simply saying if there's no reason for the children to be aware of it or hear it anyway, the parents shouldn't have to share it with younger kids. The older kids, maybe they can look at it together," Marcy said.

While Marcy expects schools will see more unexcused absences on Wednesday, she said the last thing parents want is for their child to fear school.

Her advice is to reassure children that school is still a safe place.

Marcy said parents should be concerned if they notice their children having difficulty sleeping, including nightmares.

Other signs to look for include separation anxiety, unexplained headaches or stomach aches, and for older children, watch for teens who engage in risk-taking behavior such as ditching school, or substance abuse.

"Aggression is very common. They start to be aggressive, significant departures from their normal behavior, perhaps withdrawing," Marcy said.

As these situations become frequent, Marcy said it's important for parents to be proactive. She encourages organizing neighborhood watches and finding out what your schools are doing to keep your children safe.

"It increases their sense of control. It makes them feel like they're not just passive people just sitting there waiting for the next bad thing to happen," Marcy said.