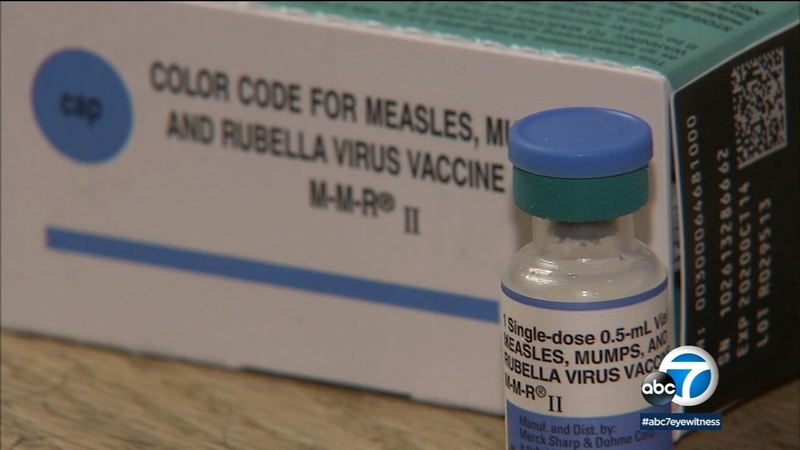 The measles outbreak is still active, and while the word is getting out about the importance of vaccines, public health experts are voicing another concern: the rate of medical exemptions is on the rise.

"It feels like its just scary times, you know? I don't want my baby to get the measles," she said.

"We're going on vacation," McTear said. "We might be going out of the country, so we decided to vaccinate early."

"This law is now being undermined by a small handful of unethical doctors that are putting children at risk for disease while profiting from selling inappropriate medical exemptions to misinformed patients," the bill's author, State Senator Dr. Richard Pan, said.

Since 2015, Pan said the number of medical exemptions has tripled. The new bill would strengthen oversight.

"The schools will certainly be informed that they should not accept any medical exemption that was not approved by the department of public health," he said.

"There are some doctors who are willing to write medical exemptions for reasons that really are probably not very legitimate," he said.

Rodarte hopes it will eliminate the market for fraudulent exemptions and encourage education.

"A big part of my job is educating on what is the safety of vaccines; why it's important to get those and why we don't give out medical exemptions unless they're truly needed," he said.

Groups who oppose the bill argue a child's own doctor should be more knowledgeable about their patient's personal health needs than the state. McTear hopes the proposed bill won't jeopardize parents who need the exemptions.

"It should be a streamlined and easy process," McTear said.

The extra layer of review is going to cost more money, but legislators say not as much as a measles outbreak.

"That cost is much less than what we're experiencing right now," Pan said.