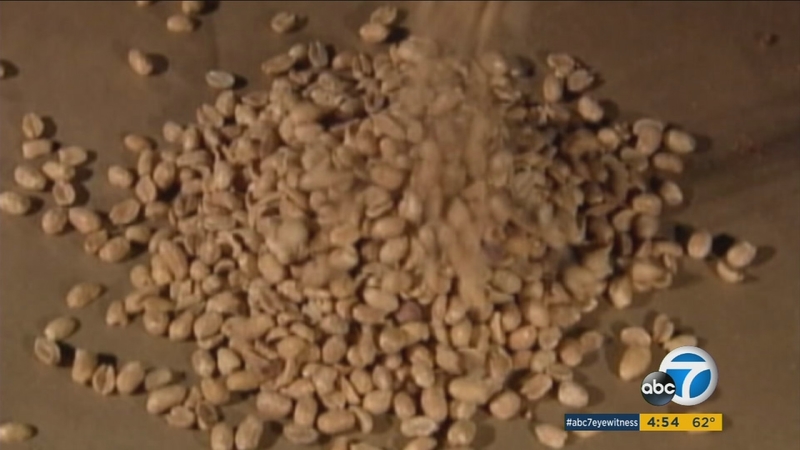 LOS ANGELES (KABC) -- New research suggests what we've thought about peanut allergies and kids may be all wrong.

Recommendations from the National Institutes of Health could help curb the problem in children as early as infancy.

When 20-month-old Linley Shoup started eating solids, she also started eating peanuts. Her mother described how she did some research on peanut allergies.

"At that time I heard you can give them anything but honey before a year old," Carrie Shoup said.

Giving peanut butter to a baby goes against what the American Academy of Pediatrics has been recommending since 2000. The thinking behind this former guideline is that withholding peanuts would prevent allergies.

Dr. John Rodarte of Descanso Pediatrics/Huntington Health Physicians said the result was the opposite.

"In fact, what they found over the next 10 years is that instead of reducing peanut allergies, we actually saw a three-fold increase over that time," he said.

Now new guidelines published in the Annals of Allergy, Asthma and Immunology call for parents to give their young children foods containing peanuts early and often.

"There appears to be a window of time when the body is actually able to tolerate the food as opposed to react to it," Rodarte said.

Peanut allergies kill more people than any other food allergy.

A British study found feeding peanuts to infants four to 11 months old vastly reduced their risk of growing up with a peanut allergy.

It worked for young Linley.

"We gave her a little bit of peanut butter, just on a piece of toast and we just watched for any allergic reactions," her mother said. "And there was nothing."

The new guidelines divide children by risk. The higher risk you are, the more likely you'll be asked to introduce peanut products starting at four months.

"Most everyone else is going to be within the first six months," Rodarte added. "Not as your first food. But at six months of age or later you can start introducing peanuts in a form that's appropriate for babies."

The hope for researchers is that this strategy will reduce allergies in future generations so that someday peanut butter and jelly sandwiches may no longer have to be taboo.

Doctors admit some parents may resist these new guidelines, but new mom Carrie Shoup advised other parents to do their research.

"Gather all your information and make safe choices for your kids," she said.