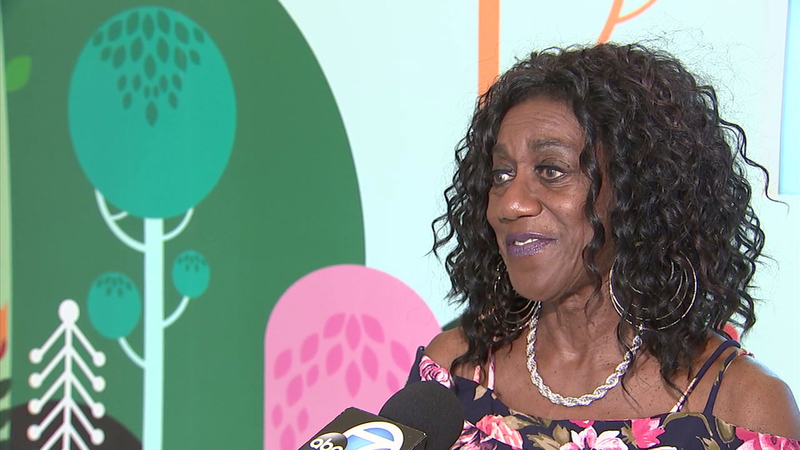 LOS ANGELES (KABC) -- How does one kidney save the lives of a few people? One woman said a "re-gifted" kidney gave her a second chance at life.

Surgeons at UCLA are giving hope to people on the transplant list with a rare procedure.

Eva Maldonado's son died tragically just when she thought he had a chance to live to an old age.

The director of the Kidney Exchange Program at the Ronald Reagan UCLA Medical Center talked about the child.

"Beto was his name. He had a kidney transplant for two years and then he unfortunately died in a car accident," Dr. Jeffrey Veale said.

In July 2017, Veale drove to a local community hospital and harvested Beto's kidney. It was one he had received from a 17-year-old female donor.

"I'll take care of myself so I can take good care of this (kidney) okay?" Boyce said to Maldonado.

Just like her donor, kidney disease had damaged her organs. Boyce had been waiting for a transplant for 9 years. It was uncertain how long she could survive.

Boyce's kidney has been through two death events and it's been on ice twice and transfused with new blood twice. But, Veale said a young kidney can offer a lot of life years.

"It's a shame to discard this beautifully functioning kidney that's been working for two years," he said.

About 25 percent of donors who receive a donated kidney die while their transplant is still functional. Yet, a re-gifted kidney is rare.

Veale has performed three of these procedures in Los Angeles. Worldwide, less than 50 have ever been done. Veale said he hoped more surgeons will look into it.

"I'd like to see it potentially go on in to other organs beyond kidneys," he said.

Boyce is grateful for the chance to see her granddaughter grow up.

"That makes me happy," she said.

Boyce hopes the fact she shared a kidney with people very different from herself reminds us all that deep inside, we're all the same.

Veale added that organ donation is color blind because all kidneys are pink.