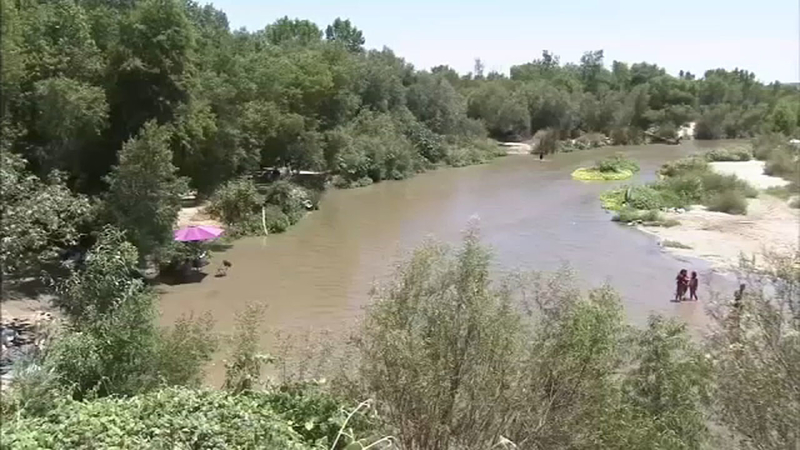 JURUPA VALLEY, Calif. (KABC) -- A portion of the Santa Ana River in Jurupa Valley is a popular spot in the summer months, but as of Thursday, it's off limits to visitors due to possibly hazardous conditions.

Hazard signs went up this week warning the public to stay away over concerns of a dangerous bacteria possibly lurking in the water. The closure also affects Downey Park, which will be off limits until further notice, according to a statement released by the city of Jurupa Valley.

The statement said the Riverside County Environmental Health Disease Control Department will test the area for a possible outbreak of the Shigella bacteria in the riverbed, adding that the bacteria has caused an estimated 600,000 deaths worldwide annually.

The Riverside County Department of Public said two people from Orange County recently became ill with Shigella bacteria after visiting the area. The bacteria is spread by fecal matter entering the mouth by either food or contaminated water.

Six patients have tested positive for the Shigella bacteria in Riverside County to date, according to the statement. The bacteria can cause symptoms such as diarrhea, vomiting and even death in severe cases.

Jurupa Valley resident Arianna Runyon said the area is littered with trash from visitors. "It's kind of nasty down there," she said.

Some hopeful visitors had to come up with a backup plan Friday after they realized the area was closed.

"It is nice because you get to sit on the water you can see the kids right there and not worry about them drowning," said Elizabeth Puente.

Puente drove in from Los Angeles to spend the day with family along the riverbank, but decided to make new plans after reading the warning.