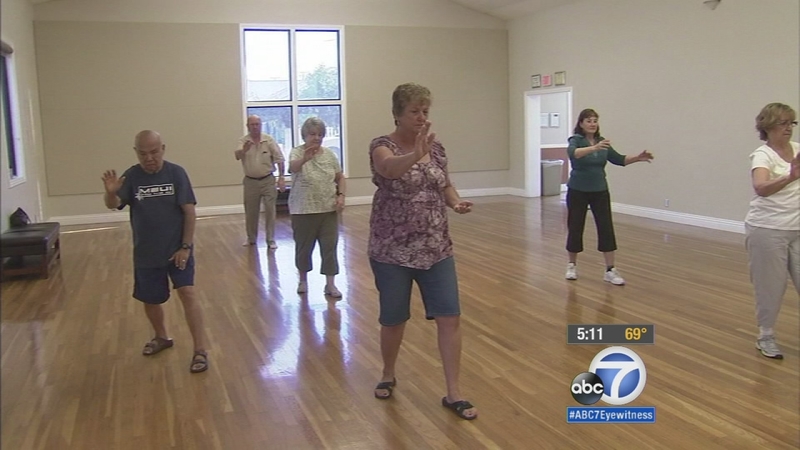 IRVINE, Calif. (KABC) -- There is promising evidence that exercise can help slow the effects of Alzheimer's disease or dementia.

Ronald Bowman is 79 years old. He was diagnosed with the onset of Alzheimer's nearly three years ago.

His wife, Rosalie, says she tries to get him up and moving every 30 minutes, noticing the difference exercise can make.

"It really changes his attitude," she said. "He talks more and is more activated, and he'll even brag about how he was in our herb garden."

Bowman is among the nearly 85,000 people in Orange County living with Alzheimer's or a related dementia.

Cotman spoke about the effect of exercise at the Southern California Alzheimer's Disease Research Conference in Irvine. He says all seniors, even those not showing cognitive problems, should be exercising three to four times a week to stay healthy.

"You need aerobic exercise, at least 30 minutes," said Cotman. "But it doesn't have to be absolutely going full out all that time."

While exercise is beneficial, can it slow down Alzheimer's?

"The data is not definitive yet but likely," said Cotman.

Cotman, a co-investigator in an upcoming study, hopes to gather more data.

A clinical study is expected to get underway in Orange County in January to see if exercise reduces cognitive decline. Cotman will begin recruiting 300 people to take part in the one-year study at UC Irvine.

"We'll be looking at generally sedentary people that are willing to commit to that program that are basically 75 and older," said Cotman.

Cotman admits one of the problems is getting older people to exercise. He hopes with hard data, they can encourage more people like Ronald Bowman to stay active, if they can prove it can slow down the progression of the disease.
Related topics:
health & fitnessalzheimersexerciseuc irvineresearchstudyalzheimer's disease
Copyright © 2021 KABC-TV. All Rights Reserved.
More Videos
From CNN Newsource affiliates
TOP STORIES