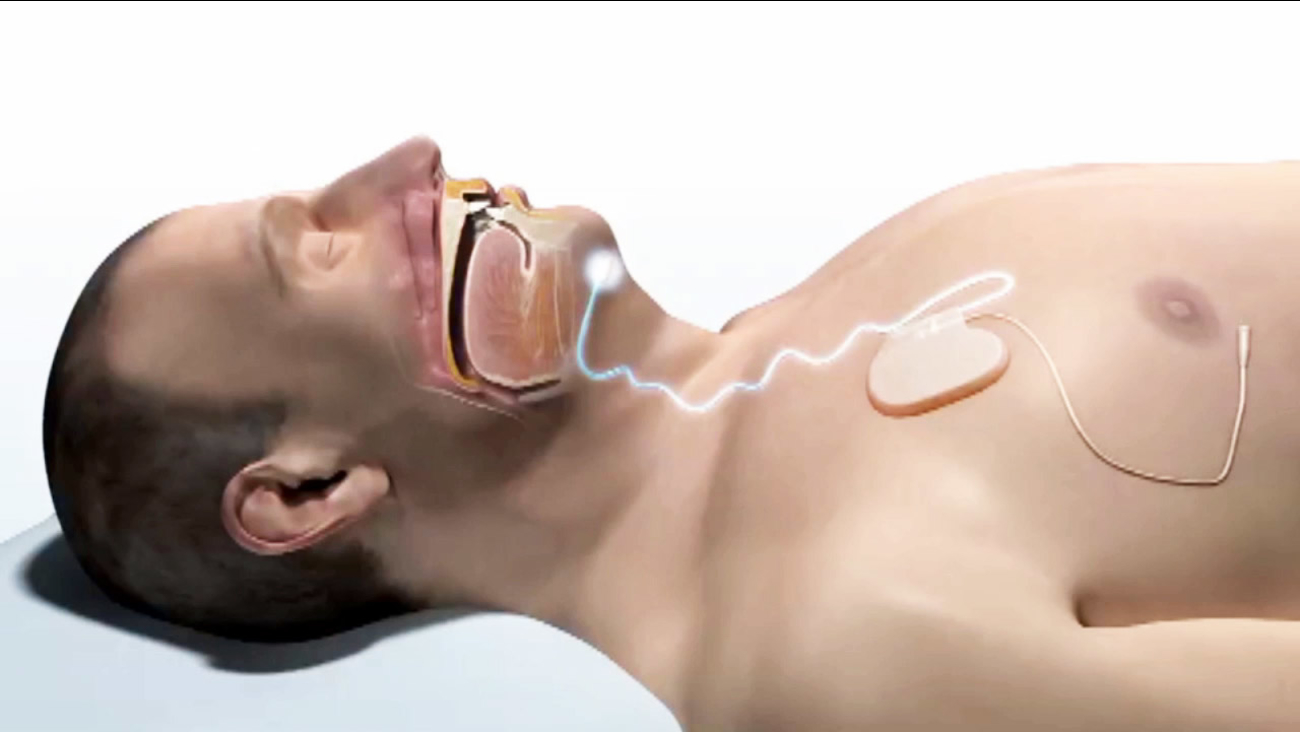 LOS ANGELES (KABC) -- Sleep apnea is a potentially dangerous disorder that can cause problems ranging from snoring to much more serious heart issues. While the typical prescription is a continuous positive airway pressure (CPAP) machine, doctors at the University of Southern California are offering another option for the first time.

A quick peek inside his throat tells doctors a little bit about the type of sleep apnea that keeps Cary Akyoshi of Monterey Park from getting a good night's rest.

"In the middle of the night I would wake up and I would gasp, feeling like I was going to suffocate or something," Akyoshi said.

The snoring also made it hard for his wife to sleep nearby.

"I know it's bad because she's not around," he said.

Besides snoring, a sleep study showed that Akyoshi chokes and gasps for air. Oral appliances like a bite guard don't work for him, and he can't tolerate using a CPAP machine, and he didn't want major surgery.

So as an alternative, he's opting for something new called upper airway stimulation.

"It's a much easier recovery compared to some of the other procedures I perform," said Dr. Eric Kezirian of USC's Keck Hospital.

Kezirian is the first in Los Angles to offer the Inspire device.

"The idea is that you move the tongue forward, and in many patients you also move the soft palate forward, the roof of the mouth forward, really opening up the entire throat," Kezirian explained.

The device stimulates the nerve that controls tongue movement, moving it back when a person breathes in. It knows when you take a breath because another wire senses your lung's movement.

The device is surgically implanted on the pectoral muscle, and the wires go underneath the skin near the neck and chest. Aside from a little bulge, you won't even know it's there.

Healing takes a month, then the device can be activated, but it's only turned on when a patient sleeps. Studies show upper airway stimulation can be very effective with a less than 2 percent risk of side effects.

People with a certain form of apnea are not candidates for the procedure. This can be determined during a doctor's visit.

Akyoshi says it's a more attractive option than tonsil removal. He's hoping to finally get a good night's sleep and keep his wife happy.

"Waking up and not finding my wife gone," he said. 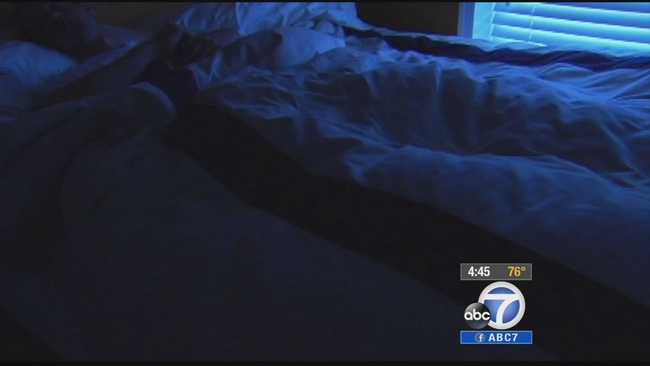 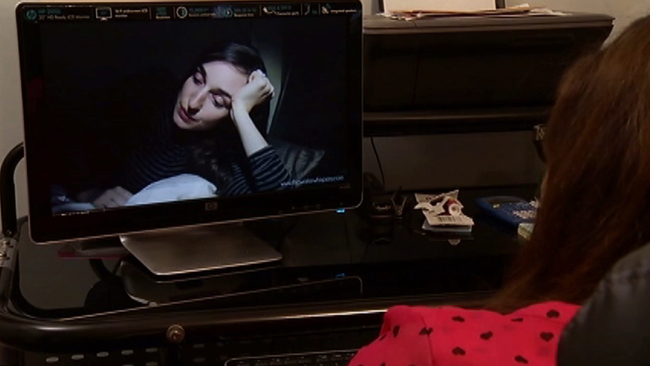 Bungee Fitness is going to be your new favorite workout

Connect to your core self by joining a Serpent Ceremony