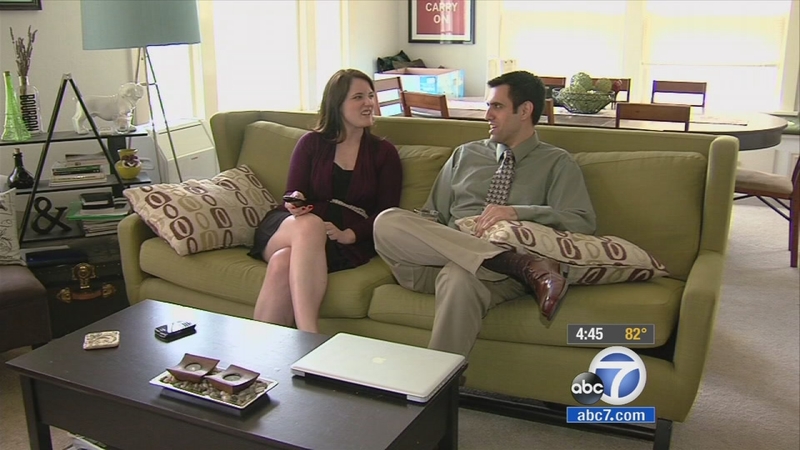 LOS ANGELES (KABC) -- While many studies have shown that women and men often mimic each other's gestures when attracted to one another, one study now says that type of mirroring may be present in voices, too.

Most of us are tuned in to the physical cues of flirting such as the hair toss, a penetrating stare, or a flirty touch on the arm. But researchers involved in a European study, published in the journal "Evolution and Human Behavior," found that there is also a change in a person's voice when they are flirting.

Dr. Scott Bea, a psychologist at the Cleveland Clinic, said the changes in pitch may have biological roots.

Guys are going to talk in a low-pitched voice rather than a high-pitched voice in order to draw the attraction of female partners, he said.

Researchers at the University of Liverpool in England, along with a team from Scotland's University of Stirling, studied more than 200 people.

The researchers used video and sound recordings to see whether or not men and women actually change the timber of their voice when speaking to an attractive, or unattractive, member of the opposite sex.

Results showed that men instinctively change their pitch. Men first speak in a sing-song type of voice and then adjust it to a lower tone when they are talking to someone they find attractive.

Bea said one thing to keep in mind while on a date is to control any nerves that crop up.

"In instances where people are too struck with what's going on inside them, rather than outside them, their voice may modulate up as part of an anxiety response. In which case, they may become the less attractive partner actually," he said.