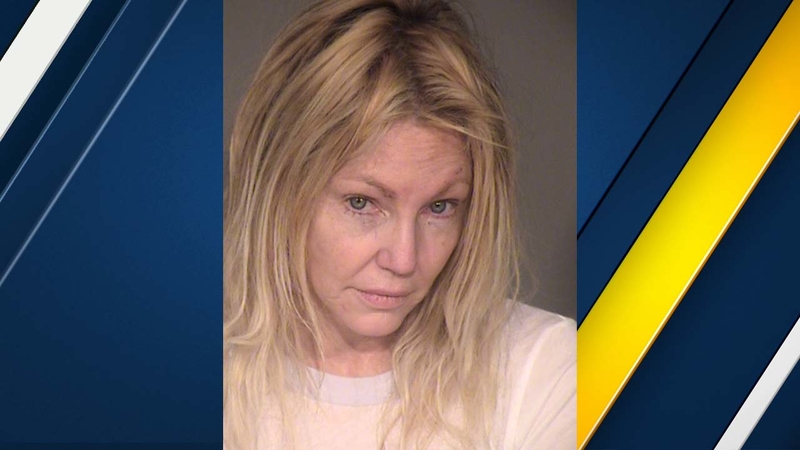 Sheriff's officials said they responded to a call of a domestic fight at Locklear's house in the 3900 block of Summit View Drive in Thousand Oaks at about 9:40 p.m.

"Our deputies investigated the initial call for service for the domestic disturbance and discovered that Heather had battered her boyfriend," said Ventura County sheriff's Capt. Garo Kuredjian. "The boyfriend had visible injuries that our deputies observed."

Deputies say Locklear claimed she was the victim of domestic abuse, but deputies found no injuries. When they moved to arrest her, they say Locklear became violent.

"She was combative with our deputies, kicking and pushing deputies," Kuredjian said.

Shortly after Locklear's arrest, the California Highway Patrol pulled over boyfriend Chris Heissen on the 101 Freeway. He was arrested for driving under the influence.

In addition to domestic violence, Locklear was also arrested for three counts of battery on emergency personnel after allegedly kicking several of the responding deputies, authorities said.

The 56-year-old actress was released from custody after posting bail around 6 a.m. Monday and is scheduled to appear in court March 13.

Locklear has had a handful of public problems over the years. In 2008, she was arrested on a DUI charge, and in 2012 she was hospitalized after a prescription drug scare.