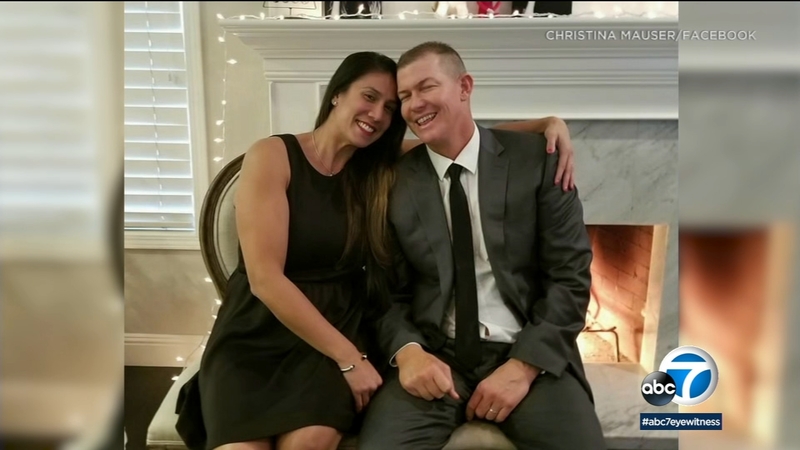 HUNTINGTON BEACH, Calif. (KABC) -- Youth basketball coach Christina Mauser was one of nine people, including Kobe Bryant and his daughter Gianna, who died in a helicopter crash in Calabasas on Sunday.

Mauser was a former coach at the school where Gianna Bryant attended, and most recently worked full-time at Bryant's Mamba Academy in Newbury Park.

In an emotional interview with ABC News, Matthew Mauser, the husband of Christina, opened up about her tragic death.

"I had been texting her and texting her cause she's usually really good about letting me know when she lands because it's always in the back of both of our minds. We were always just kind of fearful of her flying in a helicopter," Matthew Mauser said.

He says his wife flew in the helicopter a handful of times and would always get nervous when she would. On Sunday, when she didn't respond, he knew something was wrong, especially when someone called to see if she was OK.

"He called me and said... 'Is Christina OK? There's reports that Kobe's dead.' And I just hit the floor," he recalled.

He admits part of him wished Christina was a stay-at-home mom, but knew she loved what she did. She was handpicked by Bryant to coach for a girls' basketball program.

"She just adored the girls. She adored them all," he said. "She treated them like her own. She loved what she did."
Everyone saw that in Christina. Neighbors, family, friends, even Kobe.

"Kobe saw that gift in her and that's why he hired her," said Gabe Mauser, Christina's brother-in-law.

Neighbor Michael Mednick said Christina was committed to her family.

"Between her husband Matt and herself, there was so much love," Mednick said. "It just oozed out of them. They just loved each other.

Christina leaves behind three children -- ages 3, 9 and 11 -- and Matthew, who just wants his wife back, so they can watch their kids grow together.

"I loved her. It's as simple as that," Matthew said. "I loved my wife with everything I had."

Investigators say the helicopter carrying Kobe Bryant and eight others that crashed was flying in fog considered dangerous enough that local police agencies grounded their choppers.