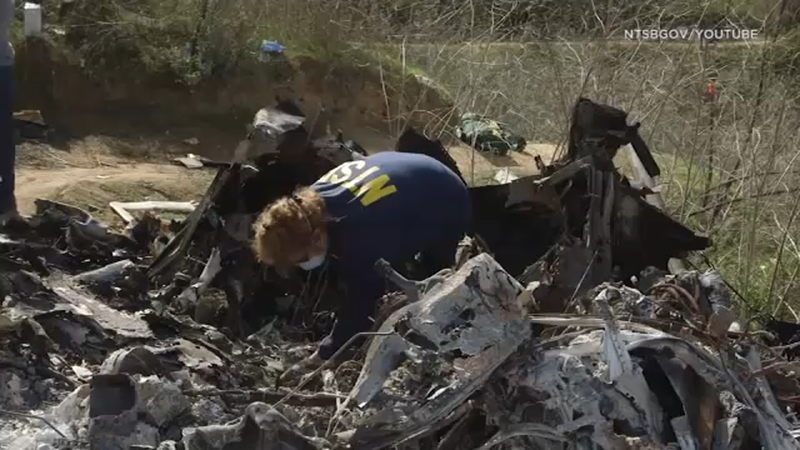 LOS ANGELES (KABC) -- A bill to require the FAA to strengthen federal safety standards for helicopters was introduced by a California congressman Thursday in response to the crash that killed Lakers legend Kobe Bryant, his daughter Gianna and seven others.

The Kobe Bryant and Gianna Bryant Helicopter Safety Act, introduced by Congressman Brad Sherman, D-Los Angeles, would direct the Federal Aviation Administration to adopt new helicopter safety standards in coordination with the National Transportation Safety Board, which would include a requirement that helicopters be equipped with a Terrain Awareness and Warning System.

The bill would also establish a commission on helicopter safety and require a report to Congress on best practices for helicopters in cases of low visibility.

Bryant's helicopter did not have the warning device, which signals when an aircraft is in danger of hitting the ground, when it crashed Sunday in Calabasas. Had the system been installed on the helicopter, Sherman said it is possible the crash could have been avoided. However, the NTSB said the tragedy may have been unavoidable.

The NTSB had recommended the system be required for helicopters, but the FAA only requires it for air ambulances. The system cost between $25,000 to $40,000 per helicopter, according to Sherman.

On the day of the disaster, the pilot - identified as Ara Zobayan - was flying under special visual flight rules that require pilots to see where they are going.

He had completed the same flight the day before, Orange County to Ventura County, but Sunday morning brought fog so heavy it grounded helicopters for the Los Angeles Police Department and county sheriff. Zobayan was forced to detour around the San Fernando Valley until he could return to follow U.S. Highway 101 in Calabasas.

In his final radio transmission to air traffic controllers, Zobayan said he was climbing to avoid a cloud layer before the helicopter plunged more than 1,000 feet (305 meters) into a hillside.

Island Express, the company that owns the helicopter involved in the fatal crash, suspended its other helicopter operations.

The company did not offer further details as to why it was suspending its other flights or when they might resume.

The investigation into what caused the crash is expected to take a year or more. The aircraft's condition, maintenance records and pilot experience all are expected to be examined as part of that investigation, as well as factors such as weather.